Law firm job losses will be unavoidable, but some see hopeful differences between the COVID-19 crisis and the Great Recession.

Friday’s monthly jobs report from the U.S. Bureau of Labor Statistics showed a decline of over 700,000 jobs during the first two weeks of March, including 1,700 in the legal industry. Given the nearly 10 million unemployment claims in the last two weeks, the new figures offer just a small glimpse of the job losses ahead.

But there are some differences from the last major recession that suggest law firms might—might—not be forced to make cuts as deep as they did 10 years ago.

In the short term, there may be some unexpected savings. “One really interesting thing I have learned from law firm leaders recently is the amount of money that is saved by working remotely,” said Keith Wetmore, a former managing partner of Morrison & Foerster and now a legal recruiter at Major, Lindsey & Africa.

He cited the cancellation of discretionary travel, no more overtime payments and the disappearance of payments for late-night work and meals that can add up, potentially freeing up cash to help weather the coming storm.

Wetmore said that while there will be austerity measures at most firms, he does not expect layoffs at the same level as during the Great Recession for two reasons.

“In the Great Recession, a couple of things happened. That was the ultimate thinning of the support model, wringing efficiency out of the support model and various support staff,” Wetmore said. “I’d argue that the efficiencies that technology brought to law practice didn’t get exploited fully until firms were forced to get rid of head count they didn’t know they didn’t really need moving forward.”

In April 2009, around the peak of the Great Recession, the legal industry was losing about 3,000 jobs per month on average from the trailing three months. Roughly a year into the recession at that point, the industry had shed over 20,000 jobs between April 2008 and April 2009.

Wetmore also cited the hope that this crisis, while violent and immediate in its assault, could be short-lived. Firms will want to be ready to get back to working at full capacity as quickly as possible, hopefully making layoffs less prevalent than when Wetmore was leading MoFo.

“In 2008 and 2009, once we had a few months into it, it was clear it was going to be a long slog of pain, and that demand was going to be suppressed for a long time,” Wetmore said. “That required medium- and long-term solutions. The firm leaders I am talking to today are anticipating a couple of months of really bad performance and then some sort of rebound. If you have to do something with head count, furloughs and salary reductions would be the way.”

That said, Wetmore didn’t rule out major layoffs, which have touched smaller firms but have yet to hit the Am Law 100 hard. Larger firms thus far have mostly moved forward with pay cuts and dividend suspensions.

If and when layoffs happen at the bigger firms, they can provide an indication of how important an individual is to the firm’s plan moving forward.

“No layoff is without consideration of merit,” Wetmore said. “You are not randomly picking people. You are holding on to your most valuable assets.”

Larry Watanabe, a California-based legal recruiting veteran and founder of Watanabe Schwartz, noted he has seen several transformational events in his 30 years in the industry. And his outlook is not sunny.

“I’ve been through the Great Recession, 9/11 and the dot-com bust,” Watanabe said. “But nothing like this.”

He said firms that overbuilt during the last decade of a booming economy would be the first to take cost-cutting measures, and those measures will most likely affect staff and lower-level associates first, with partners feeling a different kind of pain.

“Firms are going to start letting go of some staff,” he said. “They will let go of some associates who don’t have enough work. But they will need to retain their rainmakers. If they go, the firm would be in big trouble.”

Partners, he said, are less likely to see their jobs go away, but will be required to take financial hits, and in some cases, may even be called on to help provide additional financial assistance to the firm in the form of capital calls.

“Staff, associates, partners, no one is going to be immune to it,” Watanabe said. “Firms are drawing down lines of credit. But what happens when that money runs out? Not only are partners not going to get paid, their firms might want additional money from them.”

The legal industry showed only moderate losses relative to the general employment market in the March jobs report. The overall unemployment rate increased by 0.9%, the highest month-to-month mark since January 1975. The month-over-month figures from February to March represented a 0.45% decrease in overall workers. The legal industry lost 0.14% of its workforce in comparison.

Expect those numbers to look dramatically worse once the last two weeks of March are taken into consideration—not to mention April. As Watanabe emphasized, the industry will feel the pain of the larger economic shutdown one way or another.

‘Survival Mode’ Is Now for Some Law Firms, While Others Plan and Wait 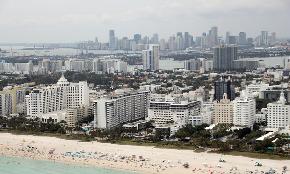 The annual meeting will now take place online, the organization said in an email to members. 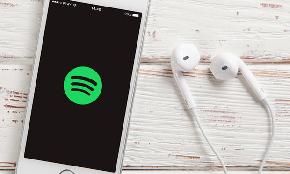 The company's former general counsel has been promoted.