It comes following the new, tighter measures around social distancing which have prompted businesses to move to remote working.

The firm cut a number of receptionists and catering staff contracts as the firm’s landlord shut its own part of the firm’s London HQ at Riverbank House after the U.K. government tightened rules around COVID-19, according to several people close to the matter.

One person said concierge staff has also been affected but another person at the firm denied that.

One person outside the firm said that the parting of ways could affect as many as 50 people, but the firm declined to comment on the number.

The U.K. government last week imposed stricter measures relating to social distancing and self-isolation in a bid to slow the spread of the coronavirus, stressing that people should only go into offices if they are unable to work from home.

One person said that it is unlikely that the same staff will return once the office reopens, as they are employed by third parties, and that it may be necessary for the firm to negotiate new supplier contracts once the disruption abates.

The current global crisis has had an unprecedented affect on the legal industry.

The majority of international law firms have moved their lawyers and staff to remote working now, while other action is being taken to deal with the situation.

CMS is redeploying a number of its corporate associates to restructuring and insolvency teams, which are experiencing a surge in work on the back of the pandemic, while listed firms Gateley, Knights and Ince have cancelled dividends and slashed salaries to protect their market position.

UPDATE: This article has been updated to show one person said no concierge staff had been cut and that Fieldfisher’s part of the office remains open. 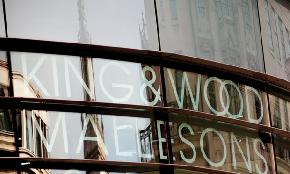 Despite escalating U.S.-China trade tensions and the economic impact of the COVID-19 pandemic, the firm sees expansion opportunities in China and is sticking to its strategy. 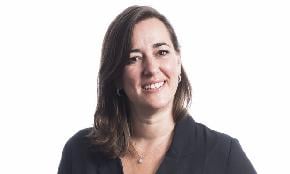 In Pictures: The Latest Hires and Promotions in Another Month of Lockdown

Moves this month for Baker McKenzie, Kennedys and others. 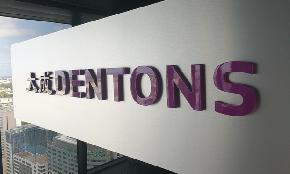 The new offices come five months after the firm's double merger in the U.S.