Ray Liu, who is also a former in-house counsel for the New York branch of the Bank of China, spoke Thursday during his law firm’s webinar on "Legal Tools for Managing Cross-Border Risk in a COVID-19 World."

When international law firm Dorsey & Whitney wanted to talk to companies about cross-border issues arising from the coronavirus pandemic, it turned to the heads of its offices in Beijing and Hong Kong, who have been dealing with the issues for nearly three months.

The lawyers called the COVID-19 environment “an ultimate VUCA,” which stands for volatility, uncertainty, complexity and ambiguity, especially for every general counsel trying to deal with virus-related issues.

One of the trickiest issues for companies in contracts with Chinese firms is the concept of force majeure. That’s because mainland China does not recognize common-law precedents but is ruled by civil law and statutes, explained Ray Liu, chief of the Beijing office.

Liu, who is also a former in-house counsel for the New York branch of the Bank of China, spoke Thursday during his law firm’s webinar on “Legal Tools for Managing Cross-Border Risk in a COVID-19 World.”

Even if force majeure—unforeseen circumstances that can exempt a party from its contract obligations—is present under the law, Liu said the party seeking an exemption still has to meet several other criteria, including notifying the other party and obtaining a force majeure certificate from a government-sponsored agency.

In the United States, he said, the moving party would still have to prove that circumstances in fact rendered performance impossible. In the United Kingdom, the certificate is simply supplementary proof of force majeure and is not by itself conclusive.

Simon Chan, head of the law firm’s Hong Kong office, said a key factor is that the Chinese government has declared that COVID-19 is an “unforeseeable, unavoidable and insurmountable” event.

Even if a contract does not expressly include an epidemic as an excuse for nonperformance, Chan said parties could look to a catch-all phrase supported by the government’s declaration.

Most cross-border contracts with a China firm will require applying Chinese law, he added.

The webinar also looked at how countries are providing financial relief through various measures, including tax cuts, low-interest loans, loan payment extensions and outright handouts. These stimulus measures will be specific to each country and in some cases specific to regions or municipalities.

Lastly, the webinar looked at the impact of government measures. Hong Kong has imposed limited measures, Chan said, that do not stop commercial activity nor require people to stay at home.

Chan spoke of the “draconian measures” enforced in mainland China to try to stop the virus’ spread, as well as tough restrictions imposed by the European Union, the U.K. and the U.S., where non-essential businesses have closed.

First Hong Kong closed its borders with mainland China, and eventually closed its links with the rest of the world, such as airports and ferries. These measures have primarily affected international businesses that rely on deliveries from other countries.

The government, he added, has just begun to ban sales of alcohol in all Hong Kong bars and restaurants, which otherwise are open for business as usual.

In mainland China, where the government has shut down most businesses and ordered people to shelter in place in key provinces, Liu said there can be serious civil and criminal liabilities for disobeying an order.

Until the virus totally subsides, the webinar also offered several best practices for companies. They include: 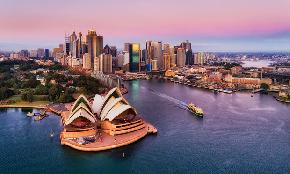 The firm stated that cash flow is a concern because clients will be looking at their own finances and may delay bill payments. 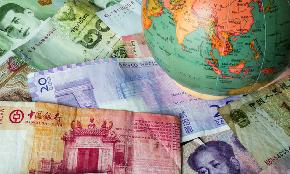 Allen & Overy, Freshfields Bruckhaus Deringer and Linklaters ranked among the region's top M&A advisers during the first three months of 2020. 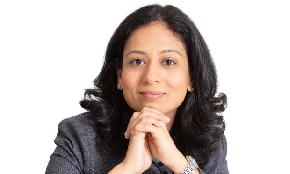 In Pictures: The Latest Moves and Promotions From Around the UK and Europe

Moves this week for Addleshaws, CMS, RPC, Kennedys and more.