David Lat’s breathing capacity and oxygen levels have increased mildly, which are positive signs as he fights the novel coronavirus, but he remains in intensive care and on a ventilator. And his doctors still do not know whether he will pull through, said Lat’s husband late Thursday afternoon.

“There have been mild improvements in his oxygen and his breathing, but he remains intubated, and we are still very far from out of the woods,” said Zachary Baron Shemtob, Lat’s husband, in a phone interview.

“I just want to stress that these improvements are modest, and that we are still waiting,” he said. “We remain hopeful.”

Shemtob added that in recent days, the physicians at NYU Langone Hospital who are treating Lat, the founder of the legal blog Above the Law, have stopped administering to Lat the novel drug therapies that they began giving to him last Saturday, after he was forced into intensive care because of falling oxygen levels.

After Lat was moved to the ICU, intubated and put on a ventilator, his doctors began giving him both a Z-Pak (azithromycin) and the antimalarial drug hydroxychloroquine in an effort to knock down his COVID-19 infection, Shemtob has said. They also started administering an IL 6-inhibitor to help fight the extreme inflammation of Lat’s lungs caused by the virus.

By about Monday, after what Shemtob believes was two IL 6-inhibitor treatments, the physicians decided not to give him more, at least for now, said Shemtob. By Wednesday, they stopped the Z-Pak (azithromycin) and hydroxychloroquine therapy.

“They are no longer giving him the drugs, even though they may still be in his system,” said Shemtob, who has a 2-year-old son with Lat. “I think they’re [the doctors] just looking to see if and how he improves before taking their next steps.”

Shemtob said that what the next steps in treatment may be is unclear. Depending on how Lat, 44, does in the next few days, the doctors could return to using the same drug therapies or perhaps try, or add on, another treatment.

“Just because this [coronavirus] is so new,” said Shemtob, “the doctors are taking it day by day,” and they haven’t tried to predict what may come next as far as treatments, or how Lat will do.

“There is no timeline” for Lat’s hoped-for progress, he added, because “there’s not a lot of good comparator” cases.

Shemtob, a former clerk for Judge Robert Sack of the U.S. Court of Appeals for the Second Circuit and a former associate at Cooley, has said that the drug therapies being used on Lat, in his view, are experimental.

“These drugs have been around a while,” he said Thursday, “but they are experimental in the sense that they are now starting to be used for this,” the novel coronavirus.

A small, recent study from France has indicated using a Z-pak and hydroxychloroquine may help people fight off COVID-19. But experts have cautioned that the French study was too small to know about the true safety and efficacy of using the drug therapy. Hydroxychloroquine is a derivative of chloroquine, which was discovered in 1934 and used on malaria patients.

Shemtob, 36, said Thursday that he tries to get a hold of and speak each day by phone with a physician assistant or an attending nurse working on Lat’s case.

He also noted that he hasn’t been able to communicate with Lat, who remains mostly sedated, since Lat was put on the ventilator late last Friday or early last Saturday.

One of the toughest parts of Lat’s illness, he has said, is that he and Lat’s other family are not allowed to visit Lat at the hospital because of the contagious virus.

For now, Lat and Shemtob’s son has been staying with Lat’s parents in northern New Jersey, he said on Thursday, since he also has contracted the coronavirus, presumably from his previous contact with Lat. But he believes the virus has nearly or fully run its course in him. And other than flu-like symptoms, he’s been OK.

Lat, who today is a widely recognized legal recruiter and speaker, has been hospitalized at NYU Langone in Manhattan since March 16. For more than a week before being admitted to the hospital, he had experienced intermittent fevers, joint aches, chills, fatigue and coughing. Labored breathing set in by March 15, forcing him to go to his nearest emergency room to seek a coronavirus test.

In a March 18 phone interview from his hospital bed, Lat said that he’s generally been a very healthy person but did note that he has exercise-induced asthma.

On Thursday, Shemtob spoke about being grateful for a huge outpouring of support for Lat that has come from around the legal field and from many others across the world. Stories about Lat’s battle have grabbed hundreds of thousands of readers. And Tweets sent out by those who know him, and those who don’t, have been emotional and hopeful—and themselves have been read by many.

“Couldn’t sleep last night thinking about him, many prayers sent,” said a Twitter user called “Remember Truth n’ Justice?” on March 22 in a comment underneath a Tweet out of a recent story about Lat.

Another Twitter user said that Lat’s case, for him, means the end of any debate about whether the virus can be harmful to adults who aren’t elderly and who don’t have serious underlying conditions.

Shemtob also has used the coverage of Lat’s fight to spread the message that the virus must be taken seriously by anyone, of any age, and that they should shelter in and not cause risk to themselves or others.

“I’ve been told that people appreciate the seriousness of this as seen through David,” he said. “People we don’t even know.”

Then, he said of he and the Lat family’s reaction to his husband’s improved breathing, “We remain hopeful, but we’re still very cautious. David remains seriously ill.” 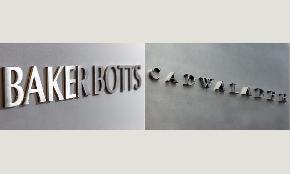 Both Am Law 100 firms had cut non-partner lawyer and staff pay as economic uncertainties related to the coronavirus pandemic hit the legal industry. 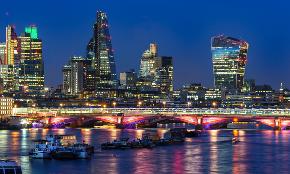 All four firms are reviewing their options with the end of their leases looming, joining the likes of Kirkland, White & Case and A&O.