The Pressures Facing Firms as The Industry Shifts to Remote-Working

The mass migration of lawyers from the office to the home, brought about by the Covid-19 outbreak, is set to raise tech and cultural issues. 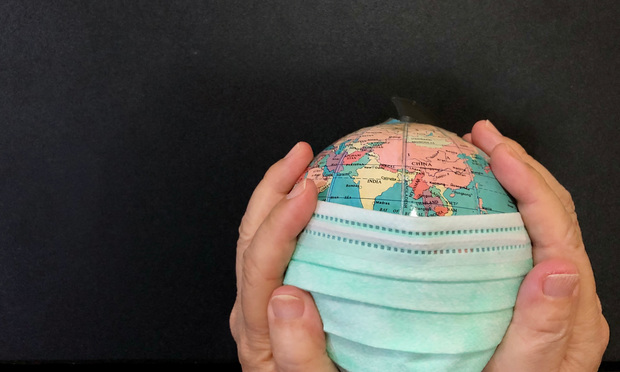 As more law firms roll out mass remote-working this week in light of the ongoing coronavirus outbreak, lawyers and staff based in London and further afield are adapting to their new confines.

On Monday, U.K. Prime Minister Boris Johnson announced that all with the means to do so should work from home and avoid socialising in public spaces.

In light of the dramatic escalation of the government’s messaging around the crisis, more firms are expected to move to fully remote-working this week, with several having shifted to the system already.

Linklaters, Slaughter and May, Clifford Chance, Dechert, King & Spalding and Reed Smith are some of the firms to have rolled out the measure.

For several years, firms have made much of their abilities to work agilely and remotely, with the practice widely accepted throughout the industry and gratefully received by those who have child-care or other commitments.

But this unprecedented take-up of the measure means firms’ systems are under much more pressure than usual to cater for the higher demand, while lawyers themselves may find themselves struggling to adapt to their new (often cramped) work-spaces.

“I have missed being able to pop into a colleague’s room to chat through issues face to face and also the chance discussions that happen when you’re all together.”

Allen & Overy announced on Monday it was “strongly encouraging” all its London-based partners and staff to take advantage of its existing flexible working arrangements to work from home for the next few weeks in response to the spread of Covid-19.

One London partner in the firm’s transactional practice said the firm is well-equipped to deal with the situation, praising its “incredible disaster recovery planning and business continuity”. He added that the firm’s management has been communicating helpfully during the crisis, and that there has been a pick-up in partners emailing and talking to each other.

A partner at Magic Circle rival Freshfields Bruckhaus Deringer, however, said their firm’s IT system is likely to struggle to cope with the added pressure, adding that the firm’s London office had “had to grapple with an ageing IT infrastructure”, and that “remote working in huge numbers could create problems.”

Another person close to the firm acknowledges its “inevitable technological shortcomings” but says the firm will do everything it can to comply with government recommendations”.

However, another person at the firm contested this, saying the firm is prepared for mass remote-working in every office globally.

Sam Ross, general counsel at ComplyAdvantage says law firms need to make sure they have the correct software, and that they aren’t “overly pedantic” about using law firm specific software. He adds that being “happy with Google Hangouts” and “not being behind the times” is key for his external advisors.

“Sometimes it’s just small things, like updating your profile picture to show that you’re engaged. It can be annoying when law firms are not properly set up,” he explains.

Other partners cite mundane tech-supported tasks, such as printing, as something that may cause problems down the line.

A partner at a third Magic Circle firm said that printing documents for one’s own use is a particular challenge, explaining: “These either have to be e-mailed to one’s private email address and printed on a slow domestic printer or one has to work on screen…That can be less efficient when you need to refer to a lot of documents at once.”

A partner at a U.S. firm based in London concurs the use of personal printers will slow lawyers’ abilities to revert documents to clients, adding: “Turnaround times will be naturally slower. As lawyers we’re used to printing hundreds of pages of documents and getting them annotated. But here I’m reviewing a 30-page document and annotating things on the screen.”

“The five minute corridor catch up or other informal interaction is no longer possible.”

However, he added that clients have been generally understanding in these unprecedented times.

A head of legal at a U.K.-based construction company thinks this may be a “helpful catalyst” to bring legal teams who may be lagging behind into more modern working practices, suggesting that it is “as much a cultural issue, as a practical one”. He suggests that teams who are not ahead of the curve in terms of technology will “really struggle”.

“Because there will be no choice, it will force teams to get on with it and make it work”, he continued. “It could be, when all is said and done, those teams will look back and say ‘why didn’t we do this all along’?”

U.K. schools have not yet been ordered to close. But if that happens, lawyers and staff could face another challenge.

The U.S. firm partner currently working from home in London says: “Since the kids are still in school, things are relatively quiet at the moment. I think that will come to an end this week though, and then some people may find it difficult to get work done while trying to entertain children.”

Even without young children, other distractions are rife.

The deluge of news and updates on the virus – via social media and other channels – is a modern day phenomenon that hasn’t been as prevalent during other global crises, such as the financial crisis of 2008, with an A&O partner arguing social media is a “big trap” to fall into and should be avoided.

However one partner at another London-based Magic Circle firm argues media has always proved a distraction, stating: “Like with the Gulf War, I am sure everyone is tempted to keep checking the news.”

The natural desire for information comes alongside a desire for human contact, with many lawyers already finding the change in routine when it comes to talking to colleagues jarring.

Another partner at a Magic Circle firm, based in Hong Kong, who had worked from home full time for about five weeks following Chinese New Year, says the lack of face-to-face contact with colleagues is one of the biggest drawbacks.

“I’ve been a real believer that there are massive benefits to being in the same building, in terms of sharing of know-how, creativity of thinking, and building team spirit – the things we hope we are known best for,” he explains.

“People need to draw a boundary between their work and personal lives.”

“I have missed being able to pop into a colleague’s room to chat through issues face to face and also the chance discussions that happen when you’re all together that can lead to real clarity in your thinking.”

Meanwhile a general counsel at a global bank said, while his remote-working experience so far has been business as usual, the challenging thing is maintaining contact with business colleagues.

“The five minute corridor catch up or other informal interaction is no longer possible”, he says.

Others say that the extended day must be managed carefully, and people should avoid working even later hours than usual, which is often a side-effect of working from home.

The transactional Magic Circle partner says the “biggest thing” people need to do is “draw a boundary between their work and personal lives”. The add: “You need to avoid working 24 hours.”

But despite tech issues and destabilising changes in routine, Fieldfisher managing partner Michael Chissick is remaining sanguine about the temporary shift in working norms, saying: “Lawyers are problem-solvers by nature – we’ll find a way. But, it’s tough on teams. We sell ourselves on collaboration and team-working.”

“It always looks stark. But life goes back to normal. We’ll look back in a year and say, it wasn’t that bad.”

Rose joined Legal Week in 2015 and was appointed news editor in 2019. She covers a variety of UK and international law firms. 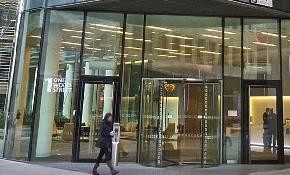 The firm is also considering delaying or cutting partner drawings. 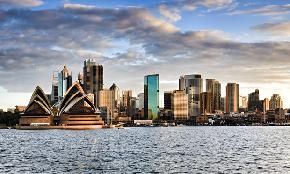 James Foster has more than 25 years' experience in litigation and dispute resolution in the building and construction sector, LCM said. 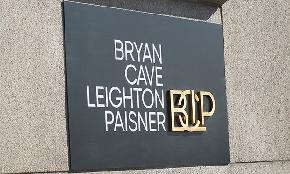 While announcing the firm is deferring portions of partner distributions and cutting employee pay by 15%, the firm said it was taking measures "to protect jobs.”