The ruling marks the second time European regulators have fined Qualcomm: Last year the company was ordered to pay $1.1 billion for illegally attempting to thwart rivals.

Qualcomm was fined €242 million ($272 million) on Thursday by European Union antitrust regulators, for predatory pricing in the chipset market. The European Commission found that the company sold its products below cost in order to drive a competitor out of the market.

The ruling marks the second time European regulators have fined Qualcomm. Last year, the company was ordered to pay €997 million ($1.1 billion) for paying Apple to use only its chips in iPhones – a tactic aimed at thwarting rivals. The Addleshaws trainee was rebuked while the Clyde & Co consultant was fined. 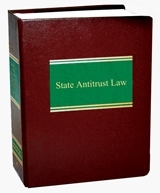 State Antitrust Law is organized by substantive area, rather than state by state, so that practitioners can see at a glance how a particular problem is handled around the...