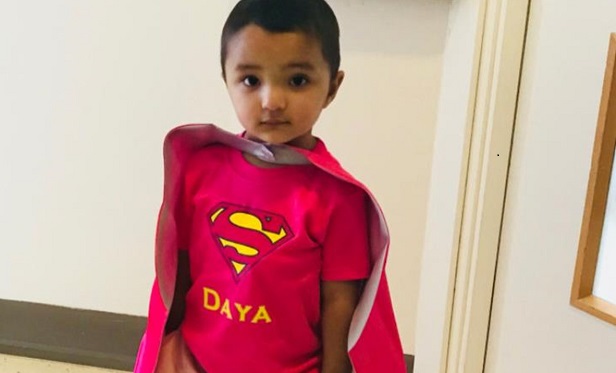 Corporate crime counsel Anupreet Amole aiming to raise £362,000 for his daughter's treatment in the US

A Brown Rudnick lawyer whose two-year-old daughter suffers from a rare form of cancer has launched a campaign to raise funds for potentially life-saving treatment not available on the NHS.

White-collar crime counsel Anupreet Amole is looking to raise the £362,000 his daughter Daya needs to receive specialist surgery at the Memorial Sloan Kettering Cancer Center in the US.

To give Daya the best possible chance of survival, the rare cancer – known as neuroblastoma – must be removed in its entirety, and the necessary surgery will be performed by a world-leading surgeon.

Daya’s fundraising campaign was set up and managed by the Solving Kids’ Cancer (SKC) charity. The Just Giving campaign started by Daya’s family has so far raised more than £162,000, but this is just one of a few ways for people to donate. Much of the funding has been made offline and through Daya’s SKC webpage. A spokesperson at SKC said total money raised now stands at about £245,000.

Amole, who trained at Slaughter and May and was an associate at Freshfields Bruckhaus Deringer for nearly five years, said: “We have been deeply moved by the kindness and generosity of spirit of so many friends and neighbours, and even strangers from the area.

“Daya is a Sikh name meaning compassion, and this has brought its own solace to us in this dark hour.”

To promote the fundraising process, the family launched a Twitter campaign and produced a video about Daya, which has so far been viewed more than 64,000 times on LinkedIn.