'We're running a prize asset into the ground' - top criminal QC on drama, diversity and the cuts decimating the profession

Sallie Bennett-Jenkins QC on the factors holding back women in law, the challenges facing the criminal Bar, and the 'insanity' of the demands of the job 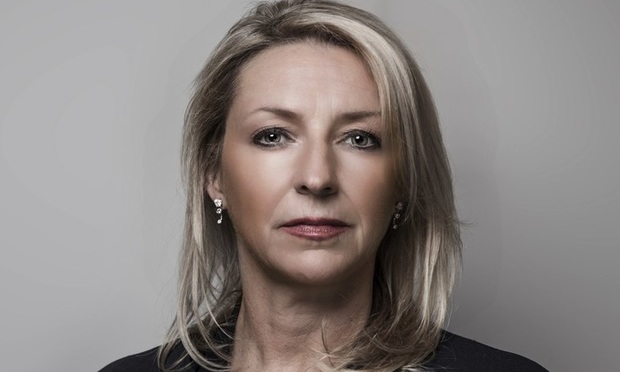 Sallie Bennett-Jenkins QC is among a line-up of high-profile criminal barristers who will take to the stage this Sunday (29 April) for a charity performance of the Trial of Richard III, presided over by Court of Appeal judge Lady Justice Hallett.

The one-night-only performance, which will take place at the Novello Theatre in London’s West End, will see Shakespeare’s King Richard III stand trial for the murder of heirs, rivals, friends and wives.

Here, Bennett-Jenkins QC, who along with John Kelsey-Fry QC of Cloth Fair Chambers will serve as the defence for Richard III, discusses the factors holding back women in law, the challenges facing the criminal Bar, and how she balances a successful career with having six children.

How do you feel about the play?

“I’m terrified, but looking forward to it – I was 16 the last time I did anything like this!”

Why did you get involved?

“Lady Justice Hallett is a very old friend of mine – we first met while against each other in a case. She asked me to do it, and this time it was a joy to be able to say yes. The key thing is that you’re going to an audience who might not get the advantage of breaking down and living Shakespeare within their schools. It allows kids to engage in Shakespeare and enables them to see the process of a real trial, which will help them learn about law.”

How important do you think it is to give children access to the legal profession?

“It’s all about opening up opportunities and social mobility – allowing kids to think that they can do it. I’m a comprehensive school girl who had no contact with the law, and it’s really important to get the message across that law is for everyone. The perception about the Bar is wrong. It is open to all – I’m a prime example of it. The key is getting kids to believe they can do it.”

Do you not think it’s harder now than it was before, given tuition fees?

“In a sense. When I did it, you got a grant for the first part but the last two years weren’t paid for, and that was tough. It was tough then and it is tough now – yes, fees are higher now but that’s across the board; not just for law. It isn’t an easy job and there isn’t an easy route into it, but that doesn’t mean it isn’t achievable.”

Have you ever had any regrets about your decision to go into law – and criminal law in particular?

Would you recommend it to the young now, given all the difficulties in the criminal Bar?

“The situation at the moment is ridiculous. We’re losing people hand over fist because they can’t continue – we’re in danger in running one of our prize assets into the ground. We constantly give our time well into the evenings and weekends, usually not paid, to ensure that our clients are represented to the very highest level. Frankly, the system has only worked thus far due to the goodwill of everyone involved.

“The way the cuts have decimated the younger end of the profession disincentivises and discourages people. I’d have to be honest and say that there are these problems and this is what is going on. They have to go into it with open eyes, but I think it has to change.”

How do the disclosure issues at the moment fit in with this?

“They are the product of a lack of funding and a lack of training. Disclosure is dependent on the police identifying the material held and then on a systematic and thorough review of the material. It is often the most critical area of a case. There are undoubtedly funding pressures, inside the police and an understaffed Crown Prosecution Service – there are errors creeping in, and I fervently hope it will be fixed.”

Where is the biggest problem in retention?

“The crunch isn’t right at the bottom because these people are aware that it is very hard work for very little financial gain, given they have already undertaken five years of study and loans to this point. The people entering the profession are as committed as they ever were, the issue is at about five to 10 years in. The demands of the job don’t end at the end of the court day – you’re working evenings, weekends, you don’t sleep, you wake up thinking about a point, to some extent it takes over your life and then these pernicious cuts mean you’re working for £20-£30 a day – it’s insanity.”

Is it worse for women?

“It’s particularly bad for women – frankly, we’re driving women out. Childcare is almost impossible to organise because of the changing locations of our work and travel times. We must do all we can to ensure we are not losing talented women, and to that end, I’m involved in a cross-professional organisation called Women in Criminal Law, which is designed to be a networking and support organisation to try to ensure that we’re not haemorrhaging talent.

“The inevitable crunches come with kids – balancing the demands of the job with childcare is pretty difficult – you can’t not go into court because of a sick child. They looked at options like creches, but we can be in Harrow one day and Guildford the next – the practical problems are immense.”

How did you manage to balance your career with having six children?

“No one would ever pretend that it is easy; it is gruelling to ensure you are giving your best to your children and also to your clients. What I’ve learned is that you have massive reserves of time that you don’t realise you have – you just bust your chops at each end of the day.”

How do you think the problem of women in law and at the Bar needs to be addressed?

“There’s always going to be pockets of discrimination. I also think women aren’t very good at recognising their own abilities. There’s an in-built confidence that comes with gender – the difference is that men will take their own abilities and magnify them, while women will take them and minimise them. Women need to be encouraged to be proud of their skillsets and to also understand that those of us who are more senior are there to help. I was lucky enough to have met many wonderful supportive women in this job and I hope I can also provide some help and guidance for others.

“ I was very lucky with Heather [Hallett] – she was incredibly influential for me – real, human, honest and true.”

What do you hope children watching or taking part in The Trial of Richard III will take away from it?

“One reason I’m a fan of this organisation is that involvement in any form of debate and performance are essential in building confidence – if you think you can do it, then you actually will do it. To be given a forum in which to develop confidence – and to have people say you can do this – is vital.”

What is your favourite Shakespeare play?

“I studied English A-level. King Lear was one of my texts and I’ve always loved it – the descent into madness… I still think it’s one of the best pieces of drama.”

Cited by the U.S. District Court for the District of ColumbiaIn recent years, whistleblower lawsuits have led to billions of dollars in judgments and settlements, debar...