Top 20 Legal IT Innovations 2017: A&O and Deloitte's MarginMatrix - a mini law firm in your computer 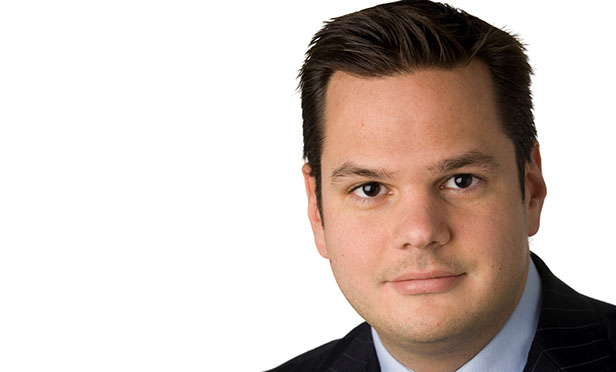 Last year, Legal Week Intelligence, in association with Fulcrum GT, profiled 20 innovators driving change in the legal sector. We focused on what inspired these figures to shift their views and how this bred innovation. In 2017, we look at the innovations themselves.

The Top 20 Legal IT Innovations report aims to get to the heart of what innovation means by illustrating how new ways of doing things, large or small, local or global, have shaken up a sector often characterised as slow moving and resistant to change.

MarginMatrix is a digital derivatives compliance system delivered by Allen & Overy (A&O) in conjunction with Deloitte’s managed services team. Ostensibly, the platform is the product of multiple talents. But as a concept, it was the brainchild of A&O partner David Wakeling (pictured).

“After the decision to implement global regulation with a focus on the derivatives market, we knew something big was coming,” says Wakeling. “It became clear looking at how regulations were developing that regulators meant business. In all the major global financial institutions, this was going to be a major event that no one had ever seen before.”

Together with support from management, Wakeling, who describes himself as “a lawyer and amateur tech developer”, went off for three months to deliver a practical solution for clients. “I wanted to come up with something without any client engagement in an incubated environment, as a tech-based solution.”

Wakeling had a history of developing tech products: Default Management – a tech tool to manage counterparty default – and Project X, a joint venture with Axiom. But neither was on the scale of MarginMatrix, which he describes as “like a mini law firm in its own right.”

He defines the concept: “We codify the laws in lots of regimes in one big system. There is a very extensive auto-document drafting function within the system. The codifying laws concept tells you what law is required, the system then auto-generates the documents. It drafts the first offer by our clients to their counterparties outlining what the margin arrangement and credit support arrangement would look like.”

My team of associates were pretty adept at coding

However, Wakeling appreciated that there are tens of thousands of contracts that have to be negotiated. “We don’t have enough lawyers to do that with derivatives expertise, or even without derivatives expertise,” he says. So A&O turned to Deloitte to develop a joint venture. The ultimate goal was to come up with a fixed unit cost for clients. By ditching the billable hour, he explains: “They would know that we were motivated to be efficient.”

Wakeling built the basic systems architecture in Excel, addressing three regimes simultaneously: EU, US and HK. “It then got flipped into our e-business team, who built a prototype with some of my team of excellent associates, who – impressively – were pretty adept at coding,” he says. “So we had something very credible to show clients. In parallel, I was arranging the Deloitte joint venture. We then started a joint marketing campaign in December 2015, going to banks and saying: ‘we are going to offer you an end-to-end solution’.”

The first client followed in January. MarginMatrix became fully operational last September, when the new regulatory requirements came into force. “It’s the closest thing to a standard template, and closely follows the ISDA documents,” says Wakeling. Nearly 400 people worked on it over several months. After eight major bank clients had signed up, the marketing stopped. “We filled up all the spots we were comfortable taking,” he explains. “Nearly 30,000 negotiations – we thought we should draw a line there. Relative to the total global market of around 150,000, we have quite a lot of them.”

So what did Wakeling learn from the experience? “When I first embarked on it, I thought the really clever thing was that we could give the right legal opinion to say this meets requirements in seven jurisdictions, and that we could manage this number of contracts. That’s obviously very appealing to clients. But what I hadn’t fully recognised is the importance of data flows and the precision that MarginMatrix provides – that’s the most valuable thing.” 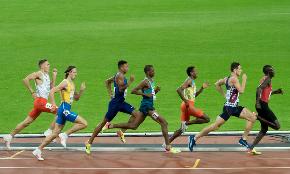 The firm won the four-year mandate after a competitive tender process. 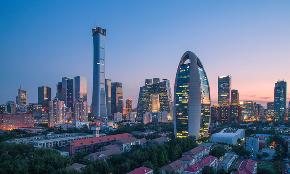 China Reopens But the Effects of the Pandemic Remain