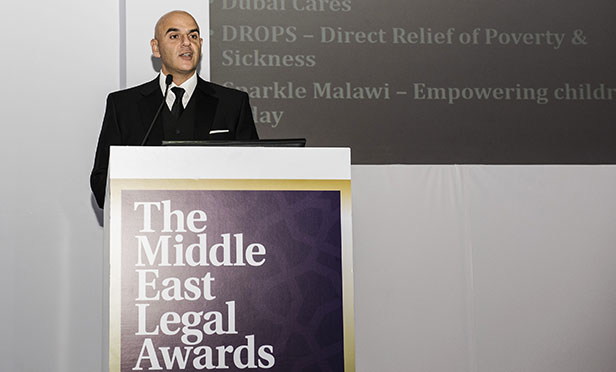 Jointly hosted by Legal Week and the Association of Corporate Counsel (ACC) Middle East Chapter, and supported by Legal Week’s sister title, The American Lawyer, the awards took place at the Ritz-Carlton in Dubai on 11 May and were attended by nearly 400 lawyers from private practice and in-house legal departments.

Al-Ansari, a partner at Al-Ansari & Associates, was recognised for his work promoting the welfare of professional footballers in his home country, including the establishment of the Qatar Sports Arbitration Tribunal and also the Qatar Players Association. Hayek has joined Squire Patton Boggs as a partner from Starwood Hotels & Resorts Worldwide, where he was vice-president, legal.

Click on the links below for full details of the winning entries: