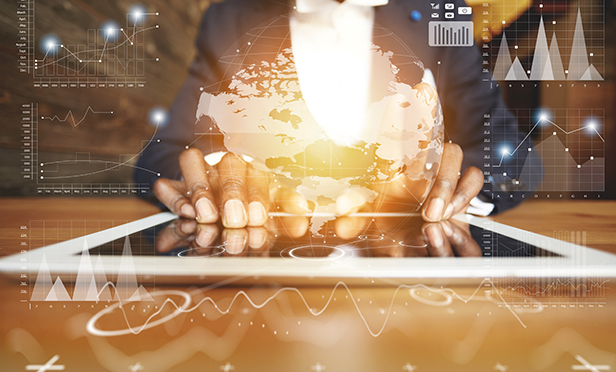 Time for a tech makeover: how law firms should be using technology to upgrade their workplaces

Lawyers think their firms can do better when it comes to technology, according to a new survey

UK law firms are increasingly recognising the importance of using technology to help modernise their practices and boost productivity, but many are still lagging and need to do more to remain competitive in a rapidly changing digital world.

A Legal Week Intelligence and Microsoft survey of legal professionals in the UK found that more than two thirds of respondents felt their firm provided them with some of the right technology to do their jobs effectively inside and outside the office, but that there was room for improvement.

Legal IT consultant Neil Cameron says this could be because law firms are often slow to adapt to new tech trends, leading to a gap between what people use personally at home and what they use at work.

“Changing a large organisation’s technology takes a while, and [employees] may have at home more up-to-date versions of Windows and other products than the ones they have in the office, which sometimes causes some confusion and dissatisfaction,” he says.

A lack of knowledge about the technologies that are available means law firms are missing out on more efficient ways of running their practices. Angela Wing, commercial attorney at Microsoft, says many legal professionals have only ever worked in the legal sector and have not been exposed to the kind of innovative technology that is often used in other sectors, such as Skype for Business or using a tablet device for digital note-taking.

A traditional working culture may also be holding law firms back from embracing technological change: roughly 87% of those surveyed said they still use pen and paper for completing legal work.

“It still amazes me when I go to meetings with lawyers, because of some reflex reaction that’s been drilled into them for years, all of them will bring every piece of paper that might be relevant to that meeting into the meeting room,” says Cameron. “We will then discuss what needs to be discussed and most of it won’t relate to many of the documents they’ve brought into the room, and on the way out they will put the excess documentation in the waste paper basket. This has to change.”

Such wasteful and clunky ways of working risk hamstringing law firms at a time when they face stiffer competition from more nimble, tech-savvy service providers who can potentially deliver work faster.

“For a profession that is very document-based, given the technology that is available I do find [the prevalence of pen and paper] quite remarkable,” says Robert Epstein, Windows product marketing director at Microsoft. “In terms of peoples’ ability to compete, they’re going to have to change rapidly because the slowness that brings to processes and document review… it might be good for billings, but it’s certainly not good from a client’s perspective or frankly for the productivity of the individual.”

Existing IT infrastructure can be a stumbling block for some private practices. Of those legal professionals surveyed, 64% said they had difficulty working remotely (or at least to the same standard as they could when working in the office), while 52% said the speed of their systems was an issue.

“In this day and age you ought to be able to pick up any device in a coffee shop, in an airport lounge, at a train station, and just connect – that really should be a baseline,” says Epstein. “The aspiration therefore should be the ability to pick up a tablet device with a pen and start editing in what feels like a very natural way. You should be able to open a Word document and if you want to get rid of something you strike it through and it disappears. That technology is all here now.”

A recent Law Society report, Capturing Technological Innovation in Legal Services, echoes this desire, stating: “Devices such as smartphones and tablets allow lawyers to access law firm data remotely. Lawyers can conduct work on the move with easy access to firms’ data and legal research platforms from any location and cloud storage increasing access to data in amounts far beyond the capacity of a given storage device.”

Client demands are also changing and putting pressure on law firms to be innovative with the ways they use technology and manage their relationships.

“I want to be able to collaborate with [my external counsel] on a piece of work in real time and to make changes to a document and see the changes they’re making while we’re on the phone [and] both looking at the same screen,” says Wing. “It’s one of the important factors that clients think about when they’re picking a law firm – how does this law firm collaborate with us? How are they using technology?”

New junior lawyers who have grown up more closely with technology are pushing their firms to modernise too – a shift from previous generations who would mostly emulate their mentors and eschew technology.

“Those dinosaurs are becoming defunct and the new generation are coming in and just wondering why it isn’t as good to use the technology in the office as it is at home,” Cameron says.

Epstein says firms should be fixing these problems by transitioning to a mobile-first world where all the back-end systems, process management and documents are stored remotely in the cloud and accessible anywhere and at any time, using mobile devices such as a phone or tablet.

Some law firms are already doing this by embracing tablet technology, and it is changing the way they work. For example, CMS and Howell Jones have both deployed Microsoft Surface Pro devices, which give their legal teams the flexibility, portability and intuitive interface of a pen and paper, as well as full office functionality via the cloud.

“It makes them more mobile, not only inside and outside the office but with each other in the way that they collaborate,” Wing says. “Law firms are adopting it; it could go at a quicker pace, but we are starting to see a recognition that they do want to make changes – it’s just a case of how quickly they can do that.”

Wing adds that trends in the legal market, such as firms opening more regional offices, will spur technological change if employees in different locations need to work on matters simultaneously.

The rise of the gig economy and more fluid working practices might also encourage law firms to adopt better technology systems, if, for instance, they bring in experts for specific projects on a one-off basis instead of employing them full time.

“That means you need to be really flexible in ensuring people get access to the necessary systems securely – that you’re able to share the data, the tools and the documents with people who are going to do that particular job and move on,” Epstein says. “People need to be ready to have the infrastructure to support that.” Clio Expands to Australia, Capitalizing on 'Organic Demand' in the Country