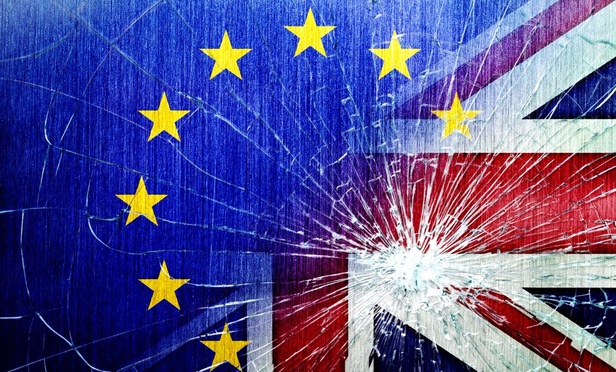 The vast majority of partners expect law firms to make redundancies in the UK in the wake of the vote to leave the European Union (EU), while more than half say their firms will cut back on recruitment, according to new Legal Week research.

As news of redundancies and pay freezes begins to emerge in the wake of this June’s referendum, the results of the latest Big Question survey highlight the widespread concerns over the impact of the vote, with many partners of the belief that layoffs are inevitable.

Eighty-two percent of respondents to the survey, which garnered responses from almost 200 partners, say that there will be redundancies in the next two years at law firms operating in the UK, with 69% expecting “a few” and 19% anticipating “many”.

More than half of respondents (58%) expect their firms to reduce their recruitment plans in the wake of the vote, although more than one third (37%) said it would have no impact on their firm’s hiring plans, and a small number (6%) said Brexit would lead to increased recruitment.

Simmons & Simmons senior partner Colin Passmore says: “We’re certainly going to be thinking very carefully about the extent to which we make investments in partners in the UK.”

Going forward, Passmore expects the firm’s hiring agenda will be more focused on other regions, such as Asia and Africa. He adds: “We are also looking at what is going to happen across Europe in other financial centres such as Frankfurt and Paris, and we will take a view on that over the next few months.”

CMS UK managing partner Stephen Millar agrees that Brexit “may lead to lower levels of recruitment activity in the UK in the short term as businesses, including law firms, adjust to this new environment”.

The survey also presents a gloomy picture of business prospects for the coming years, with more than two thirds of partners (69%) expecting revenues at UK top 50 firms to fall during the next five years, including 50% who expect average revenue drops of more than 5%. Just 14% thought that revenues across the UK top 50 will grow in the next five years. 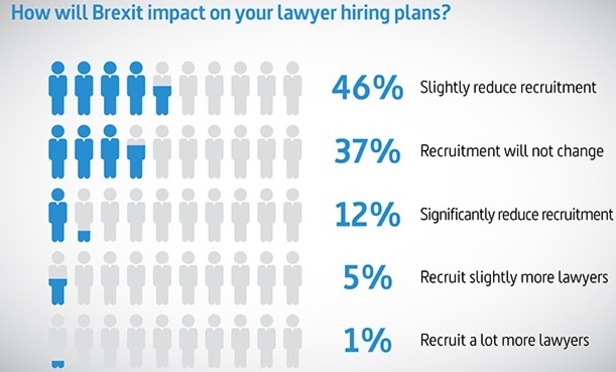 However, others are more reticent about predicting the longer-term impact of the vote. Allen & Overy senior partner Wim Dejonghe comments: “I can understand people holding back on big decisions, which I think is the right approach at this stage, but I think it is too early to call the financial implications for firms. There’s been a referendum to step out of the EU but until you know what the new deal is, it’s hard to take a view on what that impact will be.” 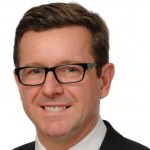 White & Case private equity partner Ian Bagshaw says that while the UK legal market is in “a state of shock”, he is not “a doomsday merchant” in relation to Brexit. He expects a slowdown in deal volume but predicts “a flight to quality”, adding: “It’s not ideal from a stability perspective but it will create opportunities where investors can thrive. We saw that with the financial crisis.”

Amid the uncertainty hanging over the sector and the economy as a whole, some firms are already beginning to implement changes as a response to the result.

As first reported by Legal Week this June, lawyers at many top firms having begun applying to join the roll of solicitors in the Republic of Ireland to mitigate Brexit’s impact on their ability to practise EU law. Leading firms including Clifford Chance, Freshfields Bruckhaus Deringer, Slaughter and May, Allen & Overy and Herbert Smith Freehills have funded lawyers, primarily in competition, to register in Ireland.

Nearly half of respondents (46%) said their firms were either in the process of registering lawyers in other EU states such as Ireland (32%) or planning to do so (14%), while a further 25% said it was something they would consider.

As firms prepare for a weaker 2016-17 financial year and beyond, a key factor will be how individual practice areas will be affected, says Passmore.

“A revenue drop has got to be a possibility, but you’ve got to ask yourself, where is that fall going to come from? Where is that going to hit?” he asks.

The practice areas cited by survey respondents as likely to be the hardest hit include real estate (87%), and corporate (81%), while EU, trade, competition and regulatory work were identified as the areas that will benefit most from Brexit.

The vast majority of respondents (78%) were of the view that Theresa May is the best leader for the country during these uncertain times, while most respondents (75%) believe Britain needs to retain access to the Europe’s single market in order to be successful.

Kirkland & Ellis City restructuring partner Kon Asimacopoulos sums up the mammoth task that lies ahead for May. “The key challenge will be to obtain the benefits to the economy for services, which EU membership presently provides, while not accepting the free movement of people and the attendant unified regulations.” 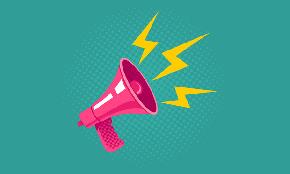 Partner Conduct Issues: How Should Firms Handle Their PR?

Ashurst's announcement about a partner dismissal for conduct issues marks a shift in mindset about how to handle sensitive internal matters. 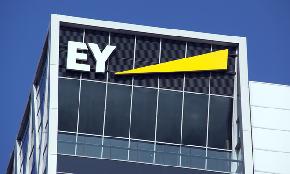 Rihan v EY: The Case that Shook the Big Four and Beyond

Law firms, auditing firms and more are feeling the effects of a case that had wide ramifications in employment law and tort.