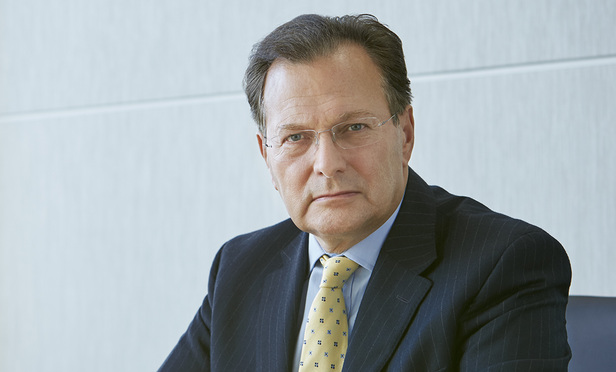 Debevoise & Plimpton’s London co-managing partner Lord Goldsmith QC (pictured above) has been named in the Chilcot report into the Iraq war, which was published earlier today.

The damning report, published seven years after it was commissioned by then Prime Minister Gordon Brown, looks into the events leading up to the 2003 war, the handling of the conflict and the aftermath.

Lord Goldsmith was attorney general to the Labour government at the time of the conflict and provided a legal basis for the invasion, which today’s report said took place before “peaceful options for disarmament had been exhausted”.

The report stops short of expressing a view on whether military action was legal but in a statement, Sir John Chilcot said: “We have however concluded that the circumstances in which it was decided that there was a legal basis for military action were far from satisfactory.”

The report notes the change in advice given by Lord Goldsmith between February and March of 2003 – from saying that a second United Nations (UN) Security Council resolution was necessary for military action, to the judgement that “on balance” it wasn’t.

In mid-January 2003, Lord Goldsmith told Blair that a further Security Council resolution would be necessary to provide a legal basis for military action. He did not say until the end of February that, while a second resolution would be preferable, a “reasonable case” could be made that it was not, putting this advice in writing on 7 March.

In response to requests for more clarity from the military and the civil service on whether force would be legal, Lord Goldsmith then advised that the “better view” was that there was, on balance, a secure legal basis for military action without a further Security Council resolution.

Chilcot said Blair gave Goldsmith an assurance that Iraq was in breach of its obligations, therefore justifying military action without a second UN resolution, however he added: “Given the gravity of the decision, Lord Goldsmith should have been asked to provide written advice explaining how, in the absence of a majority in the Security Council, Mr Blair could take that decision.”

Goldsmith has previously been criticised, following reports that he originally said there was no legal basis for the invasion but changed his mind following discussions with US lawyers. Goldsmith told the 2010 Iraq Inquiry that the allegation of political pressure making him change his decision was “complete nonsense”.

In response to today’s report he said in a statement that he welcomed the fact that the report did not challenge either his conclusion that there was sufficient authority to go to war or that it was his honestly held view.

He added: “Sir John today expresses concern about the process by which my advice was obtained. I agree that process should be improved for the future. As I said in my evidence, I think that there ought to be a Cabinet sub-committee to consider issues relating to the legality of government policy, and that legal advisers should be closely involved in the policy-making process.

“In purely technical terms, legal opinions can differ. I provided my advice to the best of my abilities and aware of the seriousness of any decision to go to war. In my opinion, that decision was in accordance with international law and it was permissible for those with the responsibility for taking the decision to proceed. So, I believed then – and I still believe – that military action was lawful.”

Goldsmith joined Debevoise in September 2007 after serving as attorney general from 2001 to 2007. He heads the firm’s European and Asian litigation practices.

Prior to his government role, he practised at Fountain Chambers from 1972-2001 focusing on international litigation, commercial, corporate and appellate work. He took silk in 1987. CMS Halts US Tie-Up Search Due to Pandemic