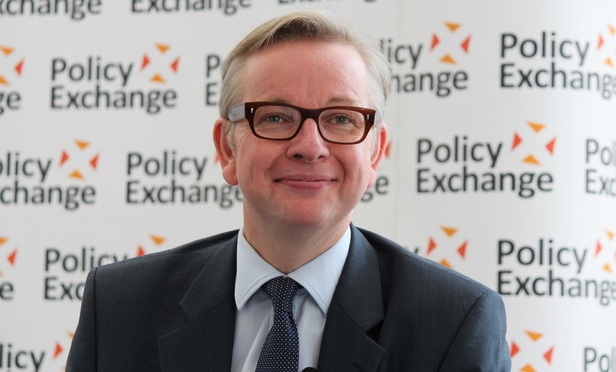 The Law Society of England and Wales has written to justice secretary Michael Gove to offer its services on Brexit-related work and represent lawyers’ chief concerns over the fallout.

Among many potential issues, UK-based firms may have to restructure their offices in some European Union (EU) states as UK-qualified lawyers could lose the right to practice local law.

Since the Brexit vote on 23 June, the legal body has contacted ministers and officials across the UK government. It has argued that it is well placed for an advisory role due to its expert technical committees and specialist lawyers, which could help “advise on critical legal issues”.

Catherine Dixon, chief executive of the Law Society, said the organisation would work to ensure law firms’ interests were not forgotten in the Brexit negotiations.

She said: “Issues likely to come up include maintaining access to the single market, practice rights, the financial services passporting arrangements, mutual enforcement of judgments, extradition arrangements and maintaining the European Arrest Warrant.”

In addition, Dixon said contractual issues could come up including whether Brexit could be considered a “material adverse change” that could give legal grounds for a lot of deals to be cancelled.

She added: “This is a time to work together in the national interest.”

The Law Society is also engaged in contacting partner members in Brussels and the UK about the implications of Brexit, as it prepares for a series of roundtable meetings in these locations.

One concern is that many UK-based firms may have to restructure offices in EU countries in the wake of Brexit.

In some member states, local lawyers can only go into partnership with EU lawyers. As a result, firms would have to restructure their offices so that UK lawyers are not part of the partnership.

Since 1998, many firms have set up offices in Europe through the EU’s Establishment of Lawyers Directive. This allows lawyers qualified in one member state to practise local law across all other member states.

This includes many US firms, which run their European operations from the UK with branches across the region under a UK Limited Liability Partnership, authorised by the Solicitors Regulation Authority.

For the time being, it is not certain whether firms will have to rethink how they are set up in Europe.

Tina Williams, chair of business law firm Fox Williams said: “It’s going to be a long time yet before we know what new rules will apply. If this directive no longer applies, then the Bars of other member states may refuse to recognise that UK-authorised firms can operate in those member states in this way.”

She said the Paris Bar was among those European Bars that has historically been keen to protect its own lawyers from foreign competition.

Mickael Laurens, head of the Law Society of England & Wales and the Law Society of Northern Ireland’s joint office in Brussels, said: “If the directive ceases to apply on an exit from the EU – depending on negotiations – legal services access will operate on the basis of World Trade Organization rules and any further unilateral market opening measures taken by individual member states.”

Laurens added that these rules could make the provision of legal services for UK lawyers “more difficult” as their rights “may be diluted” and requalification in EU countries could become more challenging.

However, there are several potential outcomes at this stage. For a start, UK-based law firms may continue to benefit from rights guaranteed before Brexit under the EU’s “doctrine of acquired rights”. “This might operate to save existing structures,” said Williams.

Laurens said: “It will be important to consider ‘grandfathering’ rights in any negotiations to ensure that those who currently enjoy rights to provide legal services across the EU do not lose them.”

Grandfathering means keeping existing rights acquired under the establishment directive, in the event that the UK leaves the EU.

Alternatively, countries could try to access EU countries through another member state.

“There will be entry points into the European Union which are easier than others, for instance Ireland might be one of those and Italy might be another,” said Williams. “What will change is possibly the view that the UK is the logical gateway to Europe – it may no longer be that in regulatory terms.”

Another option would be to use a Swiss verein model.

William Wastie, head of Addleshaw Goddard’s professional practices group, said: “A lot of firms operate network-type structures. They could potentially use a holding entity over a number of separate entities, similar to accountancy networks.”

Several international law firms, such as Baker & McKenzie, Dentons and DLA Piper, are already grouped in this way and would therefore not need to change. However, US law firms tend to prefer “a closer nexus” between the US firm and the European office, said Williams.

Shearman & Sterling London managing partner Nick Buckworth commented: “The firm is a true partnership, focused on the quality and coordination of our partnership globally. To change that would be unthinkable.”

Ultimately, it all comes down to what the UK negotiates.

“I am pretty sure that when renegotiating the UK’s position, the government will try to preserve the passporting of financial services businesses. In doing so, lawyers should remind the government not to forget about law firms,” said Williams.

“They are an important contributor to the UK’s economy; maybe the passporting of law firms in the same way could be negotiated,” she added. The Way Back: How US Law Firms Are Planning for Post-COVID Office Life