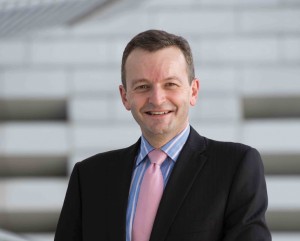 'No one likes uncertainty' – Asia partners react to Brexit

By Frances Ivens and Anna Zhang in Hong Kong
X

As volatility continued across markets in Asia yesterday, law firm partners in the region are bracing themselves for the full impact of Brexit on their business.

Initial optimism for investment opportunities for Asia clients into the UK has been stifled by the ongoing volatility.

This view is echoed by Hogan Lovells Asia head Patrick Sherrington, who said the main concern for clients at the moment is what happens next.

“There is a lot of client interest because people are wondering what the future will look like but the problem is no one has got an answer to that,” he said. “There are lots of issues that are going to be generic to many businesses – contractual terms, tax, cross-border data flows and I guess if we get to the point of separate competition, compliance and data protection regimes, then businesses here are going to be very concerned to see how that affects them.”

Fuller said that as London is currently viewed by Asia businesses as a gateway to Europe, this position may now suffer, with foreign direct investment choosing to go straight into the continent instead.

“The question is whether it makes it more attractive to go from Asia straight into Europe,” he added. “No one really knows at the moment – that is the difficulty. The UK will have to negotiate new trade deals itself based on an incredibly detailed and complex part of global regulation that comes from the World Trade Organisation. Any advisers on cross-border trade and investigation will be in high demand.”

KWM is likely to look at how it organises its European presence as a result of Brexit. It currently has 60% of its lawyers based in London and 40% elsewhere in the EU.

“Do we need to bolster the size of our European offices, such as Paris or Frankfurt? That is something we are looking at. If Frankfurt becomes a hub for financial services, I think we and all law firms will have to make sure they have the capabilities on the ground,” said Fuller.

Chinese firms are also taking stock following the referendum. Beijing-headquartered Broad & Bright Shanghai partner Philips Ding said the firm is reconsidering its plans to open in London following the Brexit vote. The firm had been looking at a potential opening in the City since last year.

“The original plan was to have London as a regional headquarters that covered the whole of Europe. Now, that will change as the UK leaves the European Union (EU), so we are reassessing [the possibility of adding a London office],” said Ding.

However, Chen Wen, senior partner and co-founder of Zhong Lun W&D, is more optimistic on the outlook for Chinese firms in the wake of the decision.

“The UK leaving the EU will be a good opportunity for us Chinese firms. As British currency and assets become cheaper, it’s a good time for Chinese companies to do business there,” said Wen. “That should bring us more opportunities for legal services. We will continue to work with our associate firm DKLM to work with our clients. That will not change.”

Zhong Lun W&D launched an association with London-based DKLM in 2012.

A number of Chinese have taken steps to internationalise their offering in recent years º the most notable being Zhong Lun Law Firm, which opened its London office in 2012.