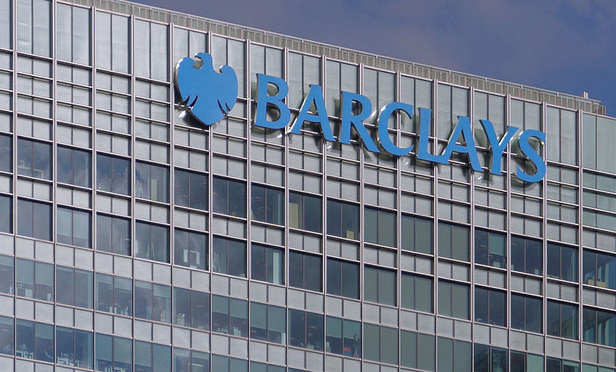 Barclays has slashed its legal line-up by around 60% in a review that has seen DLA Piper among those losing their place on the roster.

Ashurst, Hogan Lovells, Simmons & Simmons, Addleshaw Goddard, Eversheds, Bond Dickinson, DWF and Reed Smith are among those retaining spots on the roster, with the first three previously sitting on a 19-strong list of ‘preferred firms’ appointed in 2014.

The panel will be in place from 1 July for two years.

The latest panel review, which was led by Stéphanie Hamon, the bank’s new head of commercial management who joined in December from King & Wood Mallesons, has seen Barclays overhaul the structure of its external legal advisers.

Other changes this year include the introduction of a six month review for advisers. The legal executive committee will take charge of this to ensure that the appointed firms’ remain in the right category.

Hamon said that there will be more “fluidity” with the new line-up, with firms more likely to move between the three tiers. Commenting on the review, Hamon said the bank took a different approach this year.

It previously invited all of its firms to tender.

She added: “This was an internal process; we looked at fee levels and quality. We developed a set of expectations and received nominations from internal lawyers. They could comment on as many firms as they wanted to.”

The bank also emphasised innovation in the process, with an overarching goal of reducing costs.

In addition, the bank is emphasising legal project management in order to drive efficiency.

As previously reported by Legal Week earlier this month, Barclays has asked its legal advisers to draw up three-tiered rate cards.

The bank is expecting firms to price work according to three different rates: strategic, medium and flow, with each tier corresponding to the level of complexity and importance, according to City banking partners.

At the top end, strategic work refers to top-tier advice for matters such as contract negotiation, while at the bottom, flow work corresponds to more basic legal work such as document review.

The bank has also extended its “relationship account” scheme to all of its panel firms. First launched in 2014, the scheme involves law firms providing a certain amount of free legal services annually, mainly legal advice and secondments, in return for a set volume of work.

Previously, the “relationship accounts” system only applied to “preferred firms”, but it has now been extended to cover all firms with whom the bank spends a set amount. In-House Lawyers in Japan Are Being Taken Seriously. And Their Numbers Have Soared. Waterstones General Counsel Exits After Less Than A Year