By Elizabeth Broomhall in Hong Kong | November 27, 2014 at 11:57 PM | The original version of this story was published on Legalweek
X

Lau, who joined Clydes from King & Wood Mallesons in 2012, was one of two partners in Clydes’ Beijing office working alongside ex-Clifford Chance partner and arbitration lawyer Patrick Zheng, who managed the office. Clydes opened in Beijing in May 2013 to tap outbound deals, and has since launched a fourth China office in Chongqing. The French Bar and the government have concluded that the EU-U.K. Trade and Cooperation Agreement, ratified on Tuesday by the European Parliament, enables U.K.-qualified lawyers to register as foreign legal consultants. 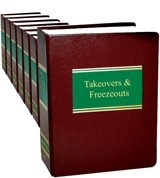