The derivative suit filed in the District of Delaware this week claims the Los Angeles-based company's board approved acquisitions of companies in which J2's chairman of the board, co-founder and an executive all had significant financial interests, then failed to disclose specifics that would have shown investors the deals weren't serving the company's interests.

Executives and directors of the internet information and cloud services company J2 Global Inc. have been accused of using the company’s mergers and acquisitions program to make deals that benefited themselves and other company insiders personally but added little to the company.

The derivative suit filed in the District of Delaware this week claims the Los Angeles-based company’s board approved acquisitions of companies in which J2′s chairman of the board, co-founder and an executive all had significant financial interests, then failed to disclose specifics that would have shown investors the deals weren’t serving the company’s interests. 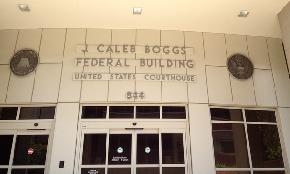 No part of the $57 million judgment or its accrued interest has been paid, and no bond has been put up to stay the judgment, according to the complaint.

The Delaware law firm said the filing of a complaint in New York Supreme Court violated Chancellor Andre Bouchard's orders which gave the Court of Chancery exclusive jurisdiction over anything relating to TransPerfect's custodianship.