What Is Oversight? Del. Courts Continue to Provide Clarification Post-'Marchand'

Delaware courts have long described claims against a board of directors of a Delaware corporation for breach of its duty of oversight (Caremark claims) as involving the most difficult theories in corporate law upon which a plaintiff can prevail—requiring a plaintiff to demonstrate that the board “utterly failed” to adopt controls and systems for reporting “mission critical” legal and business risks to the board or, having established such a system, failed to effectively monitor it. Nonetheless, in Marchand v. Barnhill, (Del. June 18, 2019), the Delaware Supreme Court, reversing the Delaware Court of Chancery’s dismissal of Caremark claims, found that the board of directors of Blue Bell Creameries USA, a “monoline” company that produced and sold only ice cream, failed to establish systems and controls for reporting on food safety, which the court viewed as a “mission critical” risk for that business. Marchand seemingly breathed new life into the viability of Caremark claims in Delaware. Not long thereafter, the Court of Chancery, in In re Clovis Oncology Derivative Litigation, (Del. Ch. Oct. 1, 2019), declined to dismiss Caremark claims, finding plaintiffs adequately alleged that Clovis Oncology’s board failed to act upon certain “red flags” raised during the company’s clinical trial for FDA approval of its key developmental-stage drug. These opinions have reinvigorated the discussion surrounding the nature and scope of directors’ duty of oversight. 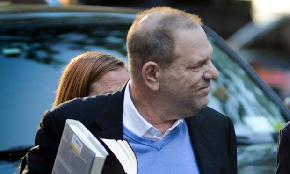 The new proposal, part of The Weinstein Co.'s Chapter 11 bankruptcy proceedings in Delaware, seeks to revive an original class settlement agreement, touted by James as a "victory" for Weinstein's accusers, which sought to create a nearly $19 million compensation fund to resolve the claims. Skilled in the Art: No Need for the Fed. Circuit To Be (Video) Camera Shy

There's no consensus yet at the U.S. Court of Appeals for the Federal Circuit for converting telephone arguments to video. But Judge Todd Hughes has been advocating both publicly and in informal discussions with his colleagues for a couple of years to televise arguments, and he says a few of his colleagues are warming to the idea. In recent years, Delaware courts, leaders in the development of corporate law, have imposed a more stringent standard of review to director compensation when challenged by stockholders which has led to more such challenges by the plaintiffs’ bar. This article discusses the increase in this type of litigation, recent case law, and practical advice for boards to mitigate the risk.