After the JNC: One-Fifth of Georgia's Gatekeepers Have Stepped Down Since 2019. Here's What They're Doing Now

The Judicial Nominating Commission for the State of Georgia has a mandatory resignation policy that applies to all members.

In the two years since Georgia Gov. Brian Kemp appointed 25 members to the Judicial Nominating Commission, a fifth of the group has resigned.

Who gets appointed to judicial vacancies is largely influenced by the members of the Judicial Nominating Commission. Commissioners are tasked with providing shortlists of qualified candidates for the consideration of appointing parties. 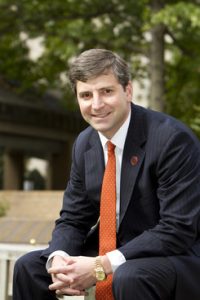