"Daker is an extraordinarily litigious defendant whose shenanigans can be frustrating for courts to deal with,” Justice David Nahmias said. “Nevertheless, Daker’s rights under the Constitution and laws must be upheld when properly asserted.”

One of the state’s most litigious prisoners won a ruling from the Georgia Supreme Court Monday essentially granting him a do-over on the appeal of his conviction for a murder that took place 26 years ago.

Waseem Daker had been representing himself since he fired his court-appointed counsel and took over his own defense at the opening of his trial in 2012. The jury convicted him on all counts for the 1995 murder of flight attendant Karmen Smith and the stabbing of her 5-year-old son 18 times. Cobb County Superior Court Judge Mary Stalely Clark called Daker a master manipulator and sentenced him to life, plus 47 years. “I hope you never get out,” the judge told Daker before he was led away. “I think you’re dangerous, even in prison.” 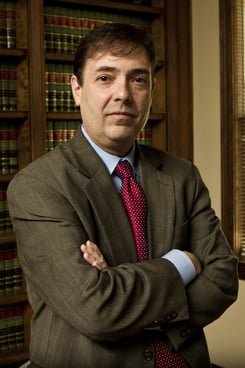