Answering a query from the Eleventh Circuit Court of Appeals, the Georgia Supreme Court said state law supports a $2.7 million default award that Geico argued it knew nothing about until it was entered.

The Georgia Supreme Court dealt Geico Insurance three strikes in its efforts to overturn a $2.7 million bad faith judgment, ruling against the insurer on three questions sent over by a federal appeals panel in Atlanta.

Geico had argued in both federal and state courts that it had not even known about the underlying lawsuit until it had already been slapped with a $2.9 million judgment which was later trimmed by a federal jury, but still left the carrier on the hook for the lion’s share of the award. 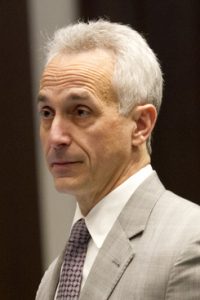 'We're Opening Back Up': Bondurant Mixson Partner Mike Terry on the State of Business Law as Pandemic Subsides