The Long County Probate Court closed and the judge and clerks entered quarantine one day after the Georgia National Guard thoroughly cleaned the Johnson County Courthouse in Wrightsville because of COVID-19 exposure.

Smith, who is also the county’s magistrate judge, said he and three clerks are in quarantine and are being tested for the virus based on a recommendation from the state public health department.

Meanwhile, on Thursday, members of the Georgia National Guard were sent to the Johnson County Courthouse in Wrightsville to clean the building for what Probate Judge Mary Jo Buxton said on her Facebook page was COVID-19 exposure.

Kevin Holder, executive director of the Council of Probate Court Judges, said the cleaning was done after people in the courthouse tested positive for COVID-19. Holder said Buxton has tested negative for the virus.

Smith said his clerk learned Thursday she is positive for COVID-19 after she took a free test last week.

Smith said a state health official recommended quarantine after learning the judge and his staff all experienced headaches—one symptom of the virus—within the past 14 days.

Smith said the health official who contacted him was also contacting the county sheriff about a possible quarantine because of potential exposure, and expressed additional concerns about contacts with inmates who have had first appearances in Long County Magistrate Court but are housed in several county jails.

Ludowici, the county seat, is about 45 miles from Savannah.

Smith said the county superior court clerk also directed her staff to get tested for the virus because a deputy clerk who had been to the probate office was potentially exposed. The main courthouse is open by appointment only, Smith said.

Smith said that while his court is closed, the single-story courthouse annex where his office is housed will remain open. The annex also houses the county elections office where early voting for Georgia’s June 9 primary is taking place.

Smith said that other county employees who work in the annex have been instructed by the Long County Commission chairman to remain in their offices and conduct any business by email. But the annex will remain open so that early voting can continue.

Smith said he and his staff will handle all warrants and first appearances electronically while they are quarantined. “I hate having to close down the court. … We are the people’s court,” Smith said. “I hate not being able to serve the people.”

The Long County Probate Court is not the first in Georgia to confront the coronavirus. On April 1, Dougherty County Probate Judge Nancy Stephenson died after she contracted COVID-19. Stephenson and her husband, State Court Judge John Stephenson, both contracted the virus after a juror was sickened with the virus during a murder trial in early March. 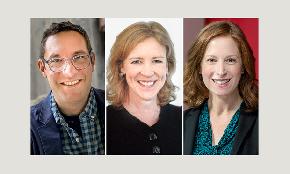 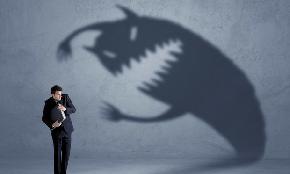 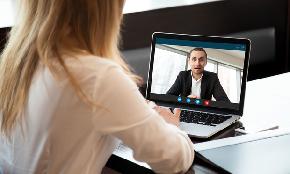 The new pro bono clinic, which is still seeking volunteer firms, offers Georgia businesses and nonprofits a free phone consultation with lawyers expert in the CARE Act, employment law and other issues.