As the novel coronavirus began spreading through the Fulton County Jail last week, the executive director of the state Public Defender Council urged some courts across the state that were still requiring lawyers to appear in person at criminal hearings to substitute video or teleconferencing.

The mandated appearances conflicted with a council directive instructing public defenders to use alternative means, including video and teleconferencing, to process their clients’ cases.

Alli urged the courts still requiring personal appearances—although she did not identify them in her letter—to implement alternatives “as soon as possible” to limit the risk to lawyers, clients, court officers and incarcerated defendants. She also asked judges who determined a public defender must be physically present to represent a client to contact the council or their circuit public defender in advance “so all parties may confer on appropriate precautions.”

“The threat presented by coronavirus is simply too great, both to individuals and to the overall justice system, to do otherwise,” Alli wrote.

Alli forwarded her letter to the leaders of the state judicial councils and other members of the criminal justice community March 27.

Alli said that by Monday, “technology-enabled solutions have now been fully implemented at the jail for all hearings without abridging the rights of defendants.” A “skeleton crew” of public defenders who maintained an office at the jail have been moved “out of an abundance of caution,” she said.

On March 27, five Fulton County jail inmates, all trustees, tested positive for the novel coronavirus, said Tracy Flanagan, a spokeswoman for Sheriff Ted Jackson. By Monday, the number of coronavirus cases nearly tripled, rising to 14, Flanagan confirmed. One has been released from custody and hospitalized, she said. The remaining 13 are housed together in a separate unit of the jail, she said. All were inmate trustees who, by virtue of their status, moved more freely around the jail, and whose chores Flanagan said included sanitation duties intended to mitigate or prevent the virus’ spread.

Flanagan said that staff members who were in close contact with the infected inmates have been asked to self-quarantine. But Flanagan said that first appearance hearings were still ongoing at the courtroom inside the county jail as late as March 27. Deputies were bringing 10 inmates at a time into the courtroom. She said the courtrooms were cleaned before a new group of inmates were brought in by the jail’s trustees. Among those trustees was at least one who has tested positive for the virus, she said.

Fulton County Chief Magistrate Judge Cassandra Kirk said March 27 that the Fulton County district attorney’s staff and the county public defender’s office have begun reviewing lists of detainees to determine whether they could modify bonds and release them. Kirk said that county magistrates are asking local law enforcement officers to issue citations rather than seek arrest warrants for nonviolent offenses.

On Monday, Brasher said remote hearings began at the jail last week “and seemed to hold good promise.” The last transport of inmates from the jail to the county courthouse was March 26, he said. Only 60 inmates were brought to the courthouse last week, he added.

Brasher said that because of the COVID-19 jail cases, “Efforts are underway to cease all unnecessary movement of inmates within the jail for any needed hearings, including first appearance, bond hearings, and guilty pleas.” 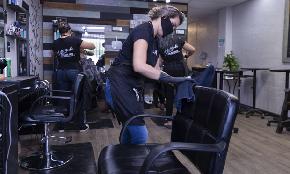 “We’re operating in a time of government-issued orders and lots of ambiguity with respect to those orders. How do you deal with employee issues and how do you deal with privacy issues?” David Hyman, general counsel of Netflix, said. “For better or for worse, the first place the operational folks seem to be looking is to the legal team." 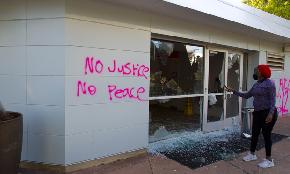 The Southern Center for Human Rights and newly formed Atlanta Justice Lawyers are coordinating to recruit and train lawyers to assist demonstrators arrested protesting the death of George Floyd in Minneapolis. 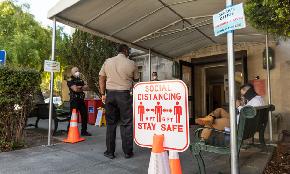 Masks, Sanitizer and Measuring Tape: What Jury Trials May Look Like Post-COVID

Constitutional mandates must be balanced with juror safety, which all court leaders identified as the top priority.