'We're Trying Something New Here Today': How Courts Are Staying Connected in the Coronavirus Crisis

“Disruption of the routine, combined with the enormous stresses of this crisis, is a recipe for disaster for those with addictions,” Judge Tain Kell said. “We knew we owed it to our participants to find a way to continue their treatments and fulfill our responsibilities, and to do it quickly.”

Judge C. LaTain “Tain” Kell  of the Cobb Superior Court called his intermediate drug court to order Wednesday sitting at the bench in an empty courtroom wearing latex gloves. The session lasted until the battery on his cell phone died. And no one spread any virus.

It was a meeting made possible by technology—in this case Zoom. Drug court participants, counselors and staff had all downloaded the video call app on their smartphones and joined a meeting that Kell hosted.

“We’re trying something new here today,” Kell told the group. “But the point is still the same. We’re here for you.”

Kell said later that he and other accountability court judges and staff members around the state began sharing ideas online immediately after Georgia Supreme Court Chief Justice Harold D. Melton declared a statewide judicial emergency March 14 in an effort to fight the novel coronavirus. Melton directed that courts shut down jury trials and all but essential functions—defined as those necessary to protect health, safety and liberty of individuals. The chief justice specifically excused accountability court participants from reporting for their regular check-ins. Even the drug court labs shut down.

“Disruption of the routine, combined with the enormous stresses of this crisis, is a recipe for disaster for those with addictions,” Kell said. “We knew we owed it to our participants to find a way to continue their treatments and fulfill our responsibilities and to do it quickly.”

So the drug court staff found a way to provide accountability without testing, and counseling without contact, Kell said. Over a two-day period last week, Kristie Garrett, Cobb’s drug court program coordinator, and case manager Kayla Tomes applied over 100 drug and alcohol detection patches to participants. Drug or alcohol use—or even removal of the patch—will cause color changes. The patches will be collected and inspected later, and replaced if the emergency continues.

“We need this accountability,” said Kell. “The team needs it to assure the integrity of our program, and the participants need it to give them that extra incentive to stay clean and sober. We always trust, but we also verify.”

In addition, the participants are receiving live group and individual counseling sessions, he said. And several local organizations such as Marietta’s “The Zone” Recovery Center are offering online AA, NA and other recovery meetings for addicts. Participants can attend these meetings online as part of their regular treatment.

“Boredom, depression, anxiety, fear, solitude, loneliness—these are all triggers for relapse in recovering addicts,” Kell said. “This current epidemic contributes to all of those. We need to acknowledge the reality of those circumstances to lessen their power over our participants. Therapy helps with that.”

Kell spoke to all the participants Wednesday as a group and individually. But instead of having them step up to the bench to stand and talk before him, he zoomed in one at a time on their faces, with his own dropped into the corner of the screen. As they talked about how they’re coping with the coronavirus pandemic and managing their addiction recovery at the same time, they could see him smiling, nodding, punctuating with a “wow” here or a “great job” there.

One told the story of struggling through his own mother’s recent death—including a tearful goodbye at her bedside. “If I were ever going to drink over something, this would be it,” the participant said. “But it never entered my mind.”

He said his recovery had allowed him to be present with his mother and the rest of his extended family at a critical time. He said he was thankful.

Another participant said he was staying busy with his job as a food delivery driver, getting good tips, and wearing gloves and a mask. He confessed to being a longtime germaphobe even before the COVID-19 crisis. “I haven’t touched a door handle in years,” he said. “I’ve been preparing for this moment.”

A new mother worried aloud about how she’ll pay her rent with the apartment’s management office closed. Then Kell asked about her baby. She said her son is six months old now and weighs 20 pounds.

“You’re doing something right, or he wouldn’t be thriving like that,” the judge told her.

Kell said later his court has been holding bond hearings and handling other urgent matters using WebEx software. But Zoom works well for accountability courts because the participants can see each other and interact, Kell said.

Both were developed by Chinese immigrant Eric Yuan, who sold WebEx to Cisco for $3.2 billion, then started Zoom in 2011. He told CNBC last year that the problem with the old virtual meeting technology was no one enjoyed using it. Zoom was different.

Judges aren’t alone in turning to Zoom since the emergency shutdown. The Guardian called it “the $29 billion video-call app you’d never heard of until coronavirus” and “the thing that reminds you what your parents look like.”

Atlanta attorney Drew Findling—immediate past president of the National Association of Criminal Defense Lawyers—said he’s been discussing the crisis and how to secure the release of clients in custody for nonviolent offenses with colleagues around the country on Zoom.

“You should buy stock in it,” he said.

(Perhaps too late, though: Market forecasters said Thursday Zoom is already in a bubble.)

Findling’s friend Lawrence Zimmerman, president of the Georgia Association of Criminal Defense Lawyers, posted a screen shot on LinkedIn of a Zoom bond hearing that he and attorney A.J. Richman had before Judge Robert McBurney of the Fulton County Superior Court.

“We are under an order of judicial emergency so we are thinking literally out of the box or 21st century,” Zimmerman said in the post. “Nothing is better than being in a courtroom,” he added. “We are all trying to stay safe, but our clients need us.”

That same spirit was on display at Kell’s Zoom drug court session. The judge closed with words of reassurance and encouragement—with his smartphone on 1% power.

He told everyone to take care of food, housing and family needs and assured them, “We’ll work out the rest.”

“This month or next month, we’re not going to have any sanctions for failure to pay fees,” Kell said. “I don’t have any ability to waive your fees. We’re just not going to worry about that right now.”

Kell said if the crisis continues, the court will Zoom its next monthly session, too. He assured the participants that progress will continue. He cautioned them against the particular danger a crisis poses for addiction.

“Just don’t let it sneak back up on you,” he said.

He ended with a warm smile and a hopeful thought.

“If we need to do a graduation virtually, we’ll do that,” Kell said. “Then we’ll have another one in person when we get back together.” 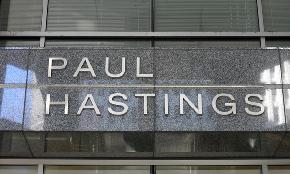 The city of Atlanta's suit accusing developer Egbert Perry of racketeering was dropped nearly two years ago; a judge kept alive his abusive litigation claims against Paul Hastings and two of its Atlanta lawyers. 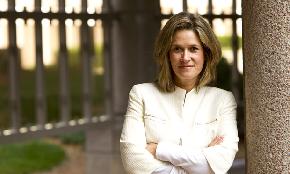 A passenger in the Crabapple Turf truck told police he and the driver had been looking at a video on his cellphone just before the accident. 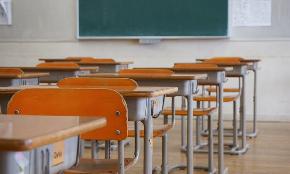 “If ever there was a question that ought to be resolved once and for all, it is whether this school district shortchanged these teachers unlawfully,” DeKalb County Superior Court Judge Gregory A. Adams said.