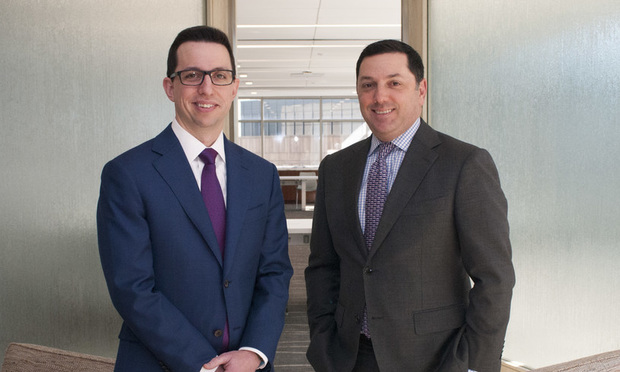 “Amazing that this all started with a motion to unseal records in a South Georgia state court, and ultimately led to literally hundreds of young women finding the courage to come forward and make their stories public,” S. Derek Bauer of Baker & Hostetler said.

An open records clash in rural Effingham County, Georgia, fueled the case against a USA Gymnastics doctor that played out this week in a Michigan courtroom with riveting testimony from 156 survivors of sexual abuse. 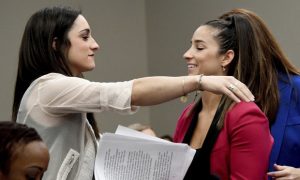 After making him listen to every single survivor’s statement, Judge Rosemarie Aquilina of Ingham County, Michigan, sentenced Larry Nassar Wednesday to 175 years in prison, combining the time from an earlier guilty plea in federal court. She told the survivors, sent to the team doctor for “treatments” as young gymnasts, that they are all brave superheroes.

“Amazing that this all started with a motion to unseal records in a South Georgia state court, and ultimately led to literally hundreds of young women finding the courage to come forward and make their stories public,” S. Derek Bauer of Baker & Hostetler said. “I almost never get to see the tangible results of what I do like this.”

The Indianapolis Star hired Bauer and partner Ian Byrnside nearly two years ago to fight Indianapolis-based USA Gymnastics over sealed records in a sexual exploitation lawsuit against a coach in the small town of Springfield about 40 miles from Savannah.

Looking back at his notes this week, Bauer said it was in April 2016 that the Indy Star’s senior investigative editor first called. Reporters on the paper’s investigative team were looking into a cover-up of decades of allegations of sexually abusive behavior by coaches. The reporters had heard of a “secret file of complaints about sexual misconduct.” The documents were filed under seal in a Georgia court where there was only one judge, Bauer said.

After a hearing in Springfield, Effingham County State Court Judge Ronald Thompson ordered the records unsealed. But USA Gymnastics appealed the order to the Georgia Supreme Court. While one appeal was pending, the organization filed another appeal on different procedural grounds. Ultimately, the high court declined to hear the appeals.

In the meantime, as the appeals were pending, the Indy Star began publishing stories about the fight for the records. After reading the reporting, women began contacting the Star to say they had been sexually abused by the doctor that worked for USA Gymnastics and for Michigan State University sports teams. The Star published their stories. Many said they had reported the abuse before but had been ignored.

“At first, it was just a trickle,” Bauer said. “Then it turned into a flood of victims coming forward to tell their story before the Indy Star even got their hands on the records—because that took a year.”

One of the ironies Bauer noted was that when he and his partner Byrnside finally succeeded in unsealing the records, they contained nothing about the team doctor sentenced this week. But those stories had already been told by the survivors as a result of the fight to unseal the documents.

And after the Star published the stories, police, prosecutors and ultimately the judge made sure the survivors were heard.

What the secret file did show was thousands of pages of complaints about 50 different team coaches over 20 years, none of which had been disclosed to those who could be affected, such as gymnasts and their parents, Bauer said.

The Indy Star led its March 2017 report on the unsealed documents with an email bearing the words “sexual abuse” in the subject line and saying, “We have another one.”
Following is an excerpt from the Star’s report:

“That email was among more than 5,600 pages of USA Gymnastics records and depositions released to IndyStar on Friday after a lengthy court battle in Georgia. The documents, which include testimony from top USA Gymnastics officials and internal sexual abuse complaint files on 54 coaches, shed new light on the policies and practices that have contributed to the organization’s on-going sexual abuse scandal.

“The documents were released by Effingham County Judge Ronald Thompson in response to a motion filed in June by IndyStar. USA Gymnastics fought the release for nearly nine months, including in two appeals to the Georgia Supreme Court, alleging IndyStar was on a ‘witch hunt.’

“In sworn depositions released Friday, USA Gymnastics officials who handle sexual abuse complaints acknowledged they had no legal or sex abuse training, yet would judge some complaints as hearsay based on the fact that they were not signed by a witness, victim or victim’s parent.

“The sex abuse complaint files revealed that some coaches weren’t banned from the sport until years after USA Gymnastics discovered they were convicted of crimes against children.”
The IndyStar has combined its investigative reports and coverage of the trial in Michigan on its website on a dedicated page titled “Out of Balance.”

“The tenacious investigation by the news media is invaluable to our society and we need a reminder of that,” Bauer said. “If they hadn’t gotten the records unsealed, there’s no way that USA Gymnastics would be changing its policies.”

The organization also has announced an entire change in leadership. Kerry Perry, the new president and CEO for USA Gymnastics, posted a statement on the website Wednesday saying in part: “During the last seven days, more than 150 courageous women have shared their deeply personal experiences and how Larry Nassar’s despicable crimes impacted their lives. I am profoundly saddened that a single woman, a single girl, a single athlete was hurt. USA Gymnastics applauds Judge Rosemarie Aquilina for handing Nassar the maximum sentence of up to 175 years, in an effort to bring justice to those he abused and punish him for his horrific behavior.”

The new CEO reiterated her promise to “focus each and every day on our organization’s highest priority—the safety, health and well-being of our athletes.” She pledged to “create a culture that empowers and supports them. Our commitment is uncompromising, and it is my hope that everything we do going forward makes this very clear.”

All of these changes owe their origin to the the Georgia records fight, Bauer said. “Without the records, we wouldn’t have known this problem was widespread, known to USA Gymnastics and buried,” he said. He noted that the organization has thousands of accredited coaches around the country and about 90,000 active young gymnasts at any given time.

Also as a result of unsealing the records, lawsuits are pending around the country against coaches like the one in Georgia, which has USA Gymnastics added as a defendant on a failure to warn claim.

The Effingham County case is scheduled to go to trial in April.

Bauer will be speaking along with the Effingham County plaintiff’s counsel, W. Brian Cornwell of Savannah, and one of the Star reporters on a panel discussion Saturday at the University of Georgia law school.

The program is being presented by the Child Endangerment and Sexual Exploitation Clinic, called CEASE. The title is “USA Gymnastics: A Legal and Media Collaboration to Expose Institutional Abuse.” Darren Penn of Penn Law Group will moderate.

“This will undoubtedly end up being one of the most rewarding matters of my career,” Bauer said. “It’s one I look forward to telling my daughters about when they’re old enough to understand it.”