1 Step Closer to Bench? These Florida Judicial Candidates Have Interviews With Rubio as Wasserman Schultz Weighs Own Finalists

Florida Sen. Marco Rubio has released the names of candidates for four coveted positions in the Southern District of Florida, whom his judicial commission will interview in less than two weeks.

And it is already causing a stir. 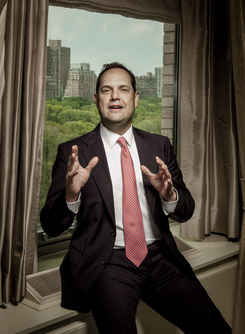 Andres Rivero, a partner at Rivero Mestre, which has offices in Miami, Florida, and New York, New York 'Playing Dirty': South Florida Attorneys Are Having a Problem With Defense Counsel