The deans also asked that restrictions on nonadmitted attorneys be temporarily loosened and that testing be available on-site.

The deans of Florida’s 12 accredited law schools are asking the justices of the Florida Supreme Court and the Florida Board of Bar Examiners to offer a September bar exam in addition to the July testing block.

The request comes as law schools try to adapt to the effects of the novel coronavirus. In response to state-mandated shutdowns, many schools have switched to remote learning as well as transitioning grading systems to pass/fail standards.

A decision is expected in full, or in part, by May 5, the same day the National Conference of Bar Examiners will decide whether to offer the July exam.

The deans have also implored the state to lower the fees associated with the exam and allow first-time test-takers to take Part A, the Florida section of the exam, first if they so choose.

But simply postponing or offering more dates is not enough on its own, the schools say.

In an April 7 letter addressed to the court and Florida Board of Bar Examiners, the deans also recommend that the court expand the certified legal intern program, or CLI, which allows law students to practice law under supervision.

The letter asks that certified legal internships be expanded to recent graduates who have passed the character and fitness portion of the bar, that they expand the permitted areas of practice to all legal matters in the state and that they extend the status for 24 months or after four administrations of the bar exam, whichever comes first.

“Merely delaying the bar exam to a future date pushes a problem down the road, to a time that is just as uncertain as July,” the letter reads.

And if the court chooses not to expand the CLI program, the deans ask that the justices instead allow members of the Class of 2020 who successfully complete a period of supervised practice to seek admission to the bar without sitting for the bar examination.

University of Miami School of Law dean Anthony Varona led the effort to draft and disseminate the letter, and acknowledged the striking nature of the requests.

“Our letter was the result of an extraordinary team effort that resulted in a letter proposing extraordinary measures—all reflecting the extraordinary challenges faced by our graduating students, the legal profession as a whole, and the society that depends on us for legal services,” Varona said.

The schools argue that Florida is being hit particularly hard by the COVID-19 pandemic. As of April 7, Florida has nearly 15,000 confirmed positive infections, the seventh-highest amount of all the states. The repercussions from this pandemic will “undoubtedly” lead to an increase of legal work in the state, they say, making the question of bar certification an access-to-justice issue as well.

The letter comes just days after the National Conference announced that it would offer two additional bar exam testing periods in addition to the July administration: one Sept. 9 and Sept. 10, and another one Sept. 30 and Oct. 1.

On March 27, New York became the first state to officially postpone the July bar. Since then Massachusetts, Connecticut and Hawaii have followed suit. Florida schools are also not the first to request an expansion of the supervised practice of law.

On April 2, the deans of all 15 law schools in New York accredited by the American Bar Association wrote to the New York Court of Appeals to propose an alternative, whereby 2020 law school graduates could work for 18 months under the supervision of an experienced attorney without having to take the bar exam. The court should consider allowing them to be fully admitted without taking the test once that 18-month period is up, the deans urged.

The 12 Florida schools have also offered to host on-site exams to allow for better social distancing. The letter lists a total of 202 classrooms that the exam may be administered in, pending approval from federal, state and local governments.

“We recognize that this decentralized approach would constitute a massive logistical undertaking,” the deans wrote. “Test security is a critical priority, and we know that the Board of Bar Examiners would need unprecedented access to (and control of) our facilities. But we believe it is possible to spread the administration of the bar exam across the state, to allow localized administrations with safer, smaller groups.”

Read the letter in its entirety here.

Dylan Jackson writes about the business of law and diversity. He can be reached at djackson@alm.com or 305-347-6677. On Twitter @DylanBJackson 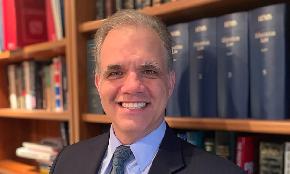 "Recent studies have said that over 65% of lawyers across the country, at one time in their life, have had psychological problems that hinder their practice of law," Miami attorney Matthew W. Dietz argued before the Florida Supreme Court on Thursday.

Fairstead, already an affordable housing owner in South Florida, plans major renovation of the complex it purchased for $239,837 per unit.