"The only time I really thought about the coronavirus is when I got home and, frankly, my wife, god love her, chewed my ass about still being in trial," said GrayRobinson shareholder Joel Hirschhorn.

While courtrooms across the country shuttered amid concerns over the spread of COVID-19, GrayRobinson shareholder Joel Hirschhorn was still showing up for trial, representing a defendant accused of being part of a $37 million medical fraud scheme.

It was the last remaining federal jury trial in the Southern District of Florida, according to Hirschhorn, who said it was doubly grueling getting up at 5:30 a.m. to drive to Fort Lauderdale for a multiweek proceeding while a pandemic escalated in the background. But at least the traffic was “pretty light.”

“I’d like to think it never once bothered me. I’m 99% sure that I gave my client the best possible defense I could have under the circumstances,” he said. “The only time I really thought about the coronavirus is when I got home and, frankly, my wife, God love her, chewed my ass about still being in trial, and made me wash and cleanse and do everything that you’re supposed to do.”

Hirschhorn represented Sebastian Ahmed, CEO and co-owner of three South Florida sober homes that the government claimed were used to generate profit through insurance claims, rather than to help patients recover.

The trial began Feb. 18, before the coronavirus was branded a pandemic, but things soon got weird, according to Hirschhorn, who said he’s experienced nothing like it in his 52-year career.

As one of the oldest people in the courtroom—second only to an 82-year-old juror—Hirschhorn had to maintain a safe distance from his client by sitting at the opposite side of the table to him in court, and not visiting him in Broward County Jail.

Instead of deliberating in the jury room, jurors went to the jury assembly room, which was big enough to keep each table a safe distance away. Meanwhile, Hirschhorn said he received emails, texts and calls from lawyers across the country who couldn’t believe the case was still going on.

U.S. District Judge James Cohn of the Southern District of Florida asked jurors three times whether they felt comfortable continuing, according to Hirschhorn, who said each time they gave the same answer.

“They all said, ‘yes,’ they wanted to proceed, which was, I thought, extraordinary,” Hirschhorn said. “They clearly were committed to this case.”

The litigation kept going against all odds. Hirschhorn first moved for a mistrial about two weeks in, before courts began suspending nonessential proceedings, arguing that it would be unfair to jurors to keep them in close confinement.

However, Hirschhorn also explained to his client that if the motion was granted over his objection, double jeopardy would come into play, potentially barring him from being retried. Hirschhorn reasoned if the court couldn’t grant a mistrial, then the case should be temporarily suspended.

The government objected too, which put Cohn in a difficult position, the way Hirschhorn tells it.

“He [Cohn] has to not only consider the defendant’s rights, but also the human rights of jurors, court staff, personnel, court reporters, the deputy clerk, law clerks, his own health, so he reluctantly denied the motion for a mistrial,” Hirschhorn said.

The same routine unfolded when Hirschhorn moved for a mistrial a second and third time, as coronavirus cases increased. After the third motion, Cohn asked jurors to vote in private about whether they personally wanted to continue with the trial.

“Each one of them voted, ‘yes,’ they wanted to continue, so Judge Cohn had no choice,” Hirschhorn said.

Ahmed was one of four defendants accused of being involved in the conspiracy—and the only one to plead not guilty. Hirschhorn said his biggest obstacle was countering evidence from the government that showed his client received about $2.4 million from the fraud.

“I’d like to think that I’m a warrior,” he said. “It’s a tough battle, and I didn’t hesitate to remind the jury that I was David and the government was Goliath, but it was a tough case.”

Christopher Clark and Lisa Miller prosecuted the case for the U.S. Attorney’s Office in Miami. Their office did not immediately respond to a request for comment.

Hirschhorn worked with GrayRobinson attorney Andrew Sarangoulis on the case.

Justices Asked to Decide on Evidence in Cop Killing Case 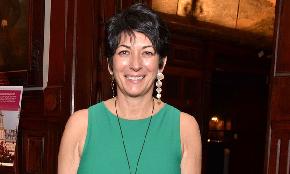 She was charged in the indictment with two counts of conspiracy, enticement of a minor to travel to engage in illegal sex acts, illegally transporting minors for sex, and two counts of perjury. 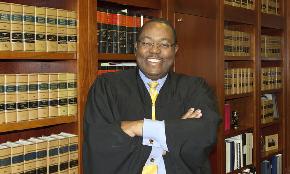 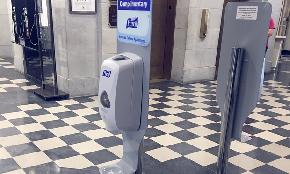 Conditions for court appearances called for "limited in-person contact," but those were withdrawn in favor of making even that "inadvisable."