'They've All Got to Be Sweating Tacks': Attorneys Discuss Liability Over FIU Bridge Collapse

Expect a lot of finger-pointing in what attorneys say will likely be multimillion-dollar litigation arising from Thursday’s bridge collapse at Florida International University. 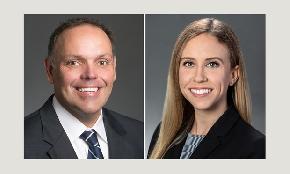 The complexities of determining whether the virus was work-related are a difficult challenge claimants must face when bringing a COVID-19-related workers’ compensation claim.