The DOJ has written a directive singling out Yale University, claiming the Ivy League school engaged in discrimination related to its admission process. We speak to experts on the topic.

Experts who weighed in on the U.S. Department of Justice findings that Yale University discriminated against Asian-American and white applicants in its undergraduate admission process believe the directive is part of a bigger pattern of President Donald Trump’s Justice Department.

That pattern, they claim, is to eliminate affirmative action in the college admission process. In addition, those experts say, it’s unlikely—because of U.S. Supreme Court precedent—that colleges and universities need worry about how they recruit applicants if it’s done in a way that comports with the rules the nation’s highest court has put forward. Cicchiello & Cicchiello accused Alex Sarris of being involved in a "nefarious scheme" to lure clients to his new law firm, Dzialo, Pickett & Allen. 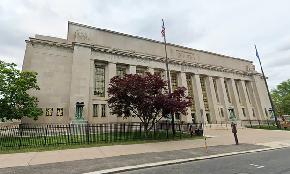 COVID-19 Slowed Them, But Disgruntled Clients Filed Hundreds of Complaints Against Connecticut Lawyers

"We have about three weeks of backlogged complaints to process, which I anticipate will be done by Labor Day," said statewide bar counsel Michael Bowler.