Avoid the pitfalls of the popular videoconferencing app.

Connecticut Attorney General William Tong said he was attending a conference this week with state Lt. Gov. Susan Bysiewicz via the video conferencing app Zoom when hackers inundated the meeting with “hundreds of profane and racist comments.”

It’s a sign of the need to evaluate the California-based online platform’s online security and privacy, Tong said.

It’s an important issue as COVID-19 precautions have forced lawyers throughout the country to work remotely, making Zoom increasingly popular among attorneys and judges.

And across the nation, breeches could be far-reaching.

Use the ‘waiting room’ feature

In Texas alone, for instance, about 3,000 judges use Zoom to conduct business in place of in-person court activities, according to Judge Roy Ferguson of the 394th Judicial District.

The many Zoom troll groups out there are among the concerns for Ferguson, who oversees five counties covering about 20,000 square miles.

“They are attacking Zoom meetings nationwide,” the judge said. “I have, though, not heard of any cases in Texas because we have activated the ‘waiting room’ feature so no one can pop in.”

The judge relied on the feature to ensure public access to criminal felony proceedings, probation status updates and a COVID-19 emergency hearing. But he also used it to ward off malicious transmissions.

Generate new codes for each meeting

Lawyers advise users to take steps to ensure their own security.

“I think people were expecting too much from Zoom,” said attorney David Conrad, a principal of the Dallas, Texas, offices of nationwide firm Fish & Richardson, which ranks 84th on Am Law 200.

“Many people don’t think about security, and about whether their conversations are secure. They need to realize that it’s just like any other videoconference platform, and there are limitations on how secure those systems are.”

Conrad said Zoom has been pro-active in getting some of the kinks out and addressing certain vulnerabilities. But he said the users should still work to make their Zoom meeting as secure as possible by deciding which callers to allow into each meeting.

“Even if the meeting’s ID and password get out, the host still has control,” he said.

To help avoid hackers and trolls, Ferguson and other judges generate new meeting codes for every hearing.

“You should update your Zoom application on almost a daily basis,” Scholl said. “You need to keep up with technology. And it’s changing everyday. Zoom might ask if you want new updates because there are new versions available. Take the time to say yes.”

Other features protect users by limiting what participants can display.

“You can prevent people from screensharing via the meeting, unless you authorize them,” Scholl said.

“There are many tech-support scams out there,” Scholl said. “Now that millions of people are using Zoom, there are trolls setting up fake websites for tech support in Zoom. There are also phone scams, and you can expect more scams. It’s so easy to set up a fake website. There is only one real website for Zoom tech support, and that’s at zoom.us.”

In Connecticut on Friday, Tong put out an advisory encouraging everyone to practice safer videoconferencing that includes ensuring the video conference software is up-to-date and that the conferences are private “either by requiring a password for entry or controlling guest access through a virtual waiting room.”

What’s Next: Zoom Slapped With Privacy Suits + ADR in the Age of Coronavirus + Former iCloud Subscribers Don’t Have Standing in Class Action

Pandemics and Ethics: How To Sustain Lawyer Quality and Client Service 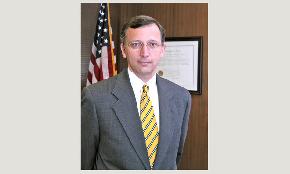 Judge Stefan Underhill, the chief judge for the Connecticut federal courts, is giving judges the option of hearing more civil and criminal matters as the courts begin to reopen. 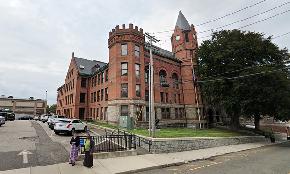 "An expansive range of civil, criminal, family and juvenile proceedings are now being processed both by remote technology and within our open facilities," said Connecticut's Chief Court Administrator Patrick Carroll III. 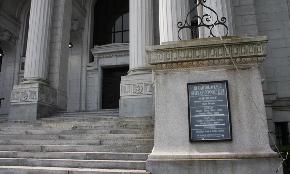 The sole issue was whether a town and its police officers were afforded immunity from liability for engaging in a high-speed pursuit of a car with a teenage passenger.