Saying “drastic steps must be taken to prevent drastic consequences,” Chief Court Administrator Patrick Carroll III has announced that more state courthouses will close, and access to others will be strictly limited due to COVID-19.

“More stringent steps are necessary as this virus continues to spread,” Carroll said in a press release issued late Thursday.

Carroll, who earlier this month announced all trials would be delayed until at least April 13, announced that—effective 5 p.m. on Friday—the criminal courthouses in Torrington, Rockville and Danielson would be closed indefinitely. Citing an employee who came down with the virus in Danbury Superior Court, that courthouse was closed March 25.

In his release, Carroll wrote that the Torrington, Rockville and Danielson courthouses were closed because they “show lower numbers of public traffic than busier court locations, and the larger locations have the ability to absorb the additional caseload.”

What Carroll calls “Priority 1 Business Functions” will be held in the courts that remain open. Those include individuals who are filing or have a hearing for a temporary restraining order; for a civil protective order; or an ex parte motion for custody; or those involved in a criminal arraignment or other criminal proceeding.

In addition, Carroll announced that the remaining open courthouses and two juvenile courthouses in Hartford and Bridgeport will now be open only from 9 a.m. to 1 p.m., Tuesday through Friday. Hours on Monday will be from 9 a.m. to 5 p.m.

Previously, the state’s three federal courthouses in New Haven, Hartford and Bridgeport announced that all civil and criminal jury selections and jury trials would be postponed until at least April 13. The federal courts remain open for other court business, but those from certain countries and locations are being asked not to enter the courthouses due to the virus.

On March 18, the Connecticut Supreme Court canceled hearing oral arguments for its seventh session, which was to run from March 24 through April. 2. No decision, as of Friday, had been made by the state’s high court on whether to hear oral arguments for its eighth and final session of the 2019-2020 season. That session is scheduled to begin April 27. 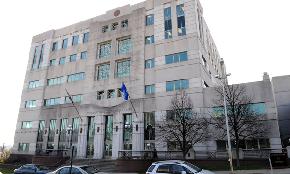 The state judicial branch has announced three courthouses will reopen for business on a limited basis, beginning Monday. 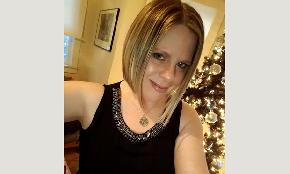 A Waterbury woman has filed a lawsuit against one of the state's largest health corporations, claiming she was denied a job because she tested positive for marijuana even though she is prescribed medical marijuana under state law.