Less than one week after the Connecticut Judicial District announced sweeping directives to reduced traffic in the state’s Superior Court system, and put a hold on jury selections and jury trials due to fears of COVID-19, the chief court administrator announced Wednesday a further reduction of court personnel.

They include the following:

• One building in each of the 13 judicial districts will be designated as the location at which Priority 1 business functions will be handled. Those functions include criminal arraignments of defendants held in lieu of bond and all arraignments involving domestic violence cases; juvenile detention hearings; family and civil orders of relief from abuse; and termination of parental rights.

• Juvenile matters will now be heard only in the Hartford and Bridgeport juvenile courthouses.

In the directive, Carroll wrote that he and Robinson “concluded that it is necessary to implement the following unprecedented measures to protect the public, the bar, and our employees.”

Carroll, who said most court employees will not come to work, continued: “These are extraordinary times and require extraordinary measures. Our overarching challenge throughout the crisis has been to balance the constitutional obligation of the courts to remain open with protecting the health and safety of every individual who enters a state courthouse. Ultimately, we have determined that the plan announced today is the best option to achieve this balance.”

Last week, Connecticut superior courts announced delays of all future jury selections and trials through at least April 13. Juries sitting before the March 13 directive would continue in those trials.

That directive states that beginning March 13 and until further notice, all pretrial conferences, status conferences and trial management conferences would be conducted over the phone. He also said requests for continuance for up to three months—that are based on legitimate concerns over exposure to the virus—would be “automatically” granted.

NYC Criminal Courts Move Arraignments to Video, but Lawyers Will Still Be in Court 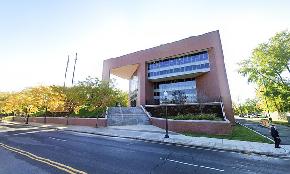 Some Connecticut Attorneys Say It's Time to Reopen Courthouses

Several Connecticut attorneys support opening the state's courthouses now, with restrictions. One attorney favors opening courthouses and giving the public the say on what is safe and not. 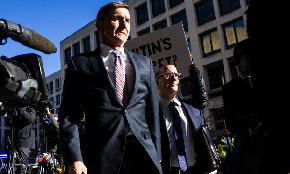 The defense lawyers urged U.S. District Judge Emmet Sullivan to dismiss the case "immediately," telling the court: "No further delay should be tolerated or any further expense caused to him and his defense." Sullivan has opened a door to amicus briefing, as the Barr Justice Department's move has drawn widespread condemnation. 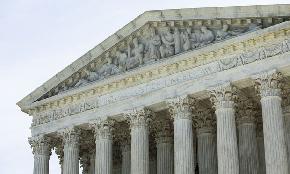 Female Justices Were Cut Off More Than Colleagues During Phone Arguments, Study Says

"This snapshot can only tell us so much," law professor Leah Litman, author of the new report, writes. "There were a mere ten arguments over a two week period, and this format was new to everyone."

Encyclopedia of Connecticut Causes of ActionBook