Governmental immunity is alive and well on Connecticut school grounds this year.

Governmental immunity is alive and well on Connecticut school grounds this year. Two cases, one from the Appellate Court and another from the Supreme Court, are enforcing a hard line on the identifiable person/imminent harm exception to the defense of governmental immunity.

The exception in question dates back to 1979 in Sestito v. Groton, where a police officer did not intervene in a public disturbance until after the plaintiff’s decedent was shot and killed. The case involved conflicting testimony as to the imminence of the harm to the plaintiff’s decedent. The court held the question of imminence should have been submitted to the jury, not decided by the trial court on a motion for directed verdict. (1) 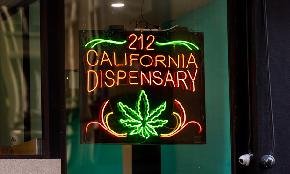 Court Orders California to Give Marijuana Records to DEA

The state's Bureau of Cannabis Control had refused to give the DEA those documents, arguing in court filings that the federal agency did not provide an adequate explanation for why its agents wanted the paperwork.