Lydia Wahlke failed to share or adequately act on reports about coaches sexually harassing and otherwise mistreating players, according to the results of an independent investigation. 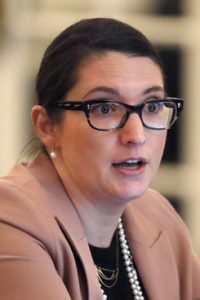 The Chicago-based federation on Monday released the “heartbreaking and deeply troubling” findings from King & Spalding’s probe into past allegations of abusive behavior and sexual misconduct in women’s professional soccer.