General Counsel in Robes: Why In-House Lawyers Joining the Bench Could Become a Trend

“It’s still early days, but certainly compared to what I’ve seen five or 10 or more years ago, there are more serious candidates coming to judgeships with more experience in-house,” said Coinbase CLO Paul Grewal, a former federal magistrate who serves on a judicial selection committee in California.

After five years as a U.S. magistrate judge for California’s Northern District, Paul Grewal had his future mapped out. He’d spend the next three decades on the bench and retire. Up to that point, he’d followed a relatively traditional path from law school to a clerkship to a Big Law partnership to a judgeship. 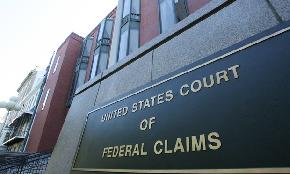 Dietz's practice at CohnReznick focuses on government and commercial contracts, and regulatory and corporate compliance. "In addition to engendering greater trust with their customers, a strong privacy law will provide companies with clear guardrails about how they can use data for responsible innovation with greater assurance," Julie Brill, deputy general counsel and chief privacy officer at Microsoft, wrote.