Persuit, an outside counsel management platform that aims to drive down AFA legal service prices through focusing on transparency, has caught the eye of Microsoft, Walmart and Wabash National.

An Australian legal tech startup is aiming to make law firms’ AFA pricing more competitive. And given that it’s being backed by legal departments in some of the largest corporations in the economy, it may not be a far-off goal.

Persuit, which styles itself as an “outside counsel management platform,” has a simple pitch. By helping legal departments better manage requests for proposals (RFP), it believes it can push the cost of firm AFA services toward “true market pricing,” said Jim Delkousis, Persuit’s founder and CEO, and former co-global head of infrastructure, construction and transport at DLA Piper. The Rise of the Highly Skilled Talent Platform in Legal

The marketplace or talent platform model has reshaped how we live and work—including now, legal. But despite the increasing popularity of highly skilled talent platforms, many organizations don’t yet have an effective strategy for working with them. The firm says it hopes to 'effectively solve data-heavy challenges' for its clients. As legal marketplaces proliferate, they're leaning on free tech platforms and services to stand out with more holistic offerings. 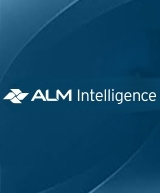