Stay or Go: Reading the Tea Leaves of a CEO Transition as General Counsel

Leadership transitions put employees on edge, and for good reason: a new chief executive officer means that everyone in the company is once again auditioning for their job.

Leadership transitions put employees on edge, and for good reason: a new chief executive officer means that everyone in the company is once again auditioning for their job. While all members of the C-suite should expect some level of scrutiny, surviving a chief executive transition can be difficult for a general counsel due to the interdependent nature of the roles of GC and CEO.

As the organization’s chief lawyer the GC represents the company itself, not any particular employee or even corporate officer. Ultimately, however, an institution acts through its officers, so the GC’s most important client relationship is with the company’s most important officer, the CEO. In recent years, the GC role has evolved to that of business strategist and consigliore to the CEO, meaning rapport and trust are of paramount importance in this relationship. The retention or selection of the company’s top lawyer may come down to the personal choice of a new chief executive. Indeed, it is no surprise that GCs are one of the more common positions replaced by a new CEO. 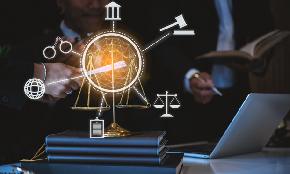 Businesses Want Outside Counsel to Be More Tech Savvy. What Does That Mean?

Corporate legal departments want law firms to step up their game with technology, but outside counsel may not have enough incentive to change or even a concrete idea of how they can improve their tech posture moving forward. A panel held during Wednesday's Women, Influence & Power in Law Virtual Summit examined the exhaustive levels of detail required for legal departments to truly be proactive about data protection, from fine-tuning language in vendor agreements to the way duties are assigned within the company itself. For an in-depth conversation around this topic, please register for our Sept. 30 webinar “Does COVID-19 trigger force majeure? Navigating the legal and business issues" with international lawyer Lisa Richman for a discussion about the practical implications of force majeure in making business decisions state-by-state and across the globe.