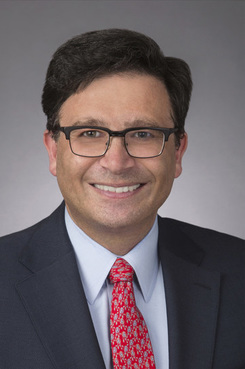 In the health care space, 2017 was a year of uncertainty.

And while 2018, which was ushered in with the repeal of the Affordable Care Act’s individual mandate, may ultimately turn out to be just as chaotic, there are at least four general trends that will likely inform developments in the industry.

Corporate Counsel spoke with a couple of health care whizzes in the Washington, D.C., office of Akin Gump Strauss Hauer & Feld about what in-house lawyers within the industry should keep in mind in the new year, and beyond.

The comments from Howard Sklamberg, a former top Food and Drug Administration official who last fall joined Akin Gump as a partner in the health care and life sciences practice, and Heide Bajnrauh, senior policy adviser at the firm, have been edited for length and clarity

Howard Sklamberg: In the enforcement area, one of the things people wondered before FDA Commissioner [Dr. Scott] Gottlieb took office [in May 2017] is, ‘What would his posture on enforcement be?’ This is something that only time would tell.

Howard Sklamberg: There’s a thrust in a lot of what Commissioner Gottlieb and the FDA are doing to look for companies that they can pre-certify and trust and then not make those companies jump through the same hoops over and over again. That’s an important step that can be replicated in many different areas in the FDA.

You see this sort of thing, coming up with an objective way of saying, ‘This is a company that the FDA, based on its record, trusts,’ and then reducing the regulatory pathway—as a common move across the commodities. For example, even in food safety, there is a program for trusted importers of food.

I think we’re going to see in the future a lot more versions of trusted company programs, whether it’s pre-certification or other similarities. Companies would want to be ready for that when pilot programs are announced and be ready to have a record to show that they should be among that list. Of course, as trusted programs expand, it becomes more important to be in that group. 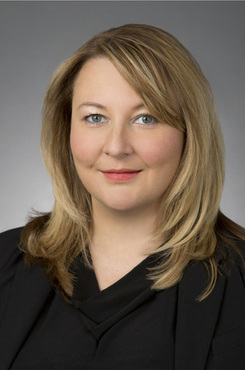 Heide Bajnrauh: I certainly think that we’re going to continue to see more changes happening through rulemaking. Some broader policy issues that we normally have not seen coming out of the Centers for Medicare & Medicaid Services through regulations, we are now seeing more and more, so that trend will certainly continue.

Before, people have just skimmed all of those thousand-page rules, but I think more and more, we’re going to have to really start reading line-by-line to see actually what that full impact will be for policy-making purposes.

Bajnrauh: I do think that there will still continue to be arrangements for value-based payment models , [which reward health care providers with incentive payments for the quality of care they give to people with Medicare]. It will not be as mandatory, as it was in the past, but because it’s going to be more voluntary, there are two schools of thought: One is that there will be more flexibility as to what type of payment models CMS will want to pursue. From an economic standpoint, however, if you don’t have everyone included, then that can skew the numbers, which could skew whether or not a pilot would have been successful or not on a national or broader scale.

I do think that there are still some concerns there. There is also just a re-evaluation of these types of value-based payment models because there aren’t specific savings that people are pointing to. That still remains to be seen. Given that a lot of them have not been as transparent as before, there are still some questions as to what those savings are. I believe that will continue, but the focus on increasing quality will still be a priority for CMS.