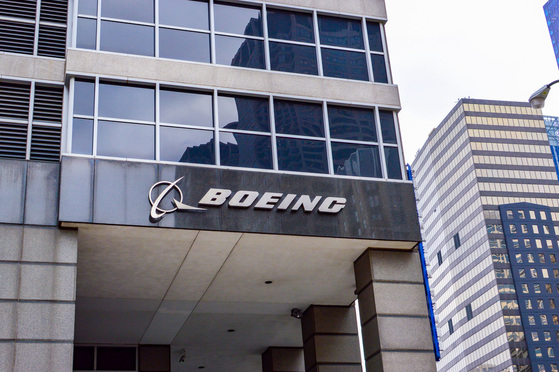 All were recruited by Boeing’s executive vice president and general counsel J. Michael Luttig, himself a former Justice Warren Burger law clerk and then a noted judge on the U.S. Court of Appeals for the Fourth Circuit. Over the years his name has been circulated as a potential candidate for the high court and for other jobs including, most recently, FBI director. He was also a top feeder judge to the high court, sending more than 40 of his clerks, dubbed “luttigators,” to the high court over his 15-year tenure.

Exclusive Report:
SCOTUS Clerks
This article is part of a series examining the professional pathways and diversity of Supreme Court law clerks.
• A Look Inside the Elite World of Supreme Court Law Clerks

But he counts as one of his biggest accomplishments building for Boeing a “world-class law department unlike the corporate world has ever known, and we’ve done it through a foundation of seasoned Supreme Court law clerks.”

When he joined Boeing in 2006, it was a hard sell to recruit Supreme Court clerks to come in-house, viewed by some as a “backwater” third choice behind law firms or law school faculties.

“No one really went in-house at the time,” recalled Lynda Simpson, a former Supreme Court clerk recruited by Luttig 10 years ago. But once she saw that Boeing is “such a massive, well-regarded company,” and one that “loves its lawyers,” the decision was easy.

Going in-house still isn’t the typical career path for the Supreme Court clerking class. According to the National Law Journal’s study of SCOTUS clerks from 2005 to 2017, most former clerks work in private practice, while smaller contingents can be found in government or academic posts. Only a sliver wind up working at companies. 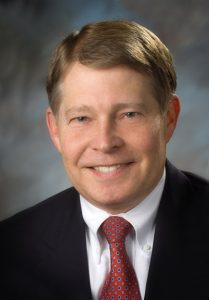 Luttig worked hard to convince clerks that big litigation firms are not the only source of excitement in the legal profession. “Every legal issue we have is high stakes and there’s a lot on the line financially and otherwise. That’s what drives the adrenaline if you’re in private practice, but we’ve got it in spades at Boeing.”

Some clerks also had financial concerns. Luttig said he can’t match the $300,000-plus hiring bonuses that law firms dangle before job-seeking Supreme Court clerks, adding that “I don’t think there’s anyone in the corporate world that even tries.” But with the crucial support of Boeing’s board and CEO, Luttig said, “We can offer a smaller signing bonus, but we also have ‘options’ that law firms don’t have in the form of stock grants, et cetera.”

Case in point: When John Demers, one of Luttig’s recruits who once clerked for the late Justice Antonin Scalia, was nominated for a top Trump Justice Department position, he reported in a financial disclosure form that Boeing pays him $1.8 million in salary and bonuses, and he anticipates performance awards of $350,000.

Now, Luttig said, “Every year, unfortunately, we have to turn away former Supreme Court clerks who would like to come to Boeing.”

The legal skills that law clerks bring to the company go beyond being “just academic scholars or legal nerds,” Luttig said. They’ve been able to blend in as well as stand out among the more than 150 other Boeing lawyers.

Luttig points to one of his recruits, Bertrand-Marc Allen, one of his own former clerks who then became one of Justice Anthony Kennedy’s few African-American law clerks. “He was brilliant, he was a natural leader, and he’d gone to Yale,” Luttig said of Allen.

Five years after Allen joined Boeing, the company CEO came to Luttig and said, “I want Marc Allen.” Luttig replied, “Well, you can’t have him,” but the CEO prevailed, telling Luttig, “Marc Allen can do anything in this company, and I want to take him out of the law department.” Allen is now president of Boeing International.

Luttig’s years as one of the biggest feeder judges for the Supreme Court’s clerks are well behind him, and he did not want to speculate why it still has so few minority law clerks. But his advice to the court is the same he would give to any company.