What the Data on Women Laterals Can Teach About Retention

The lateral partner data show women outpace their brethren at the profession’s upper echelons. When women laterals move to the most-profitable Am Law 200 firms, or just to a higher PPP firm, they perform more strongly than their male counterparts.

It’s perplexing. Women comprise 45 percent of Big Law associates but only 22 percent of partners. Why are they leaving in such numbers? Are they underperforming and thus being outplaced? Are they ineffective at the profession’s upper echelons? A comparison of how female and male partners move laterally answers these questions with a resounding “No!” The data show women partners are less likely to depart involuntarily, are more successful when they move to higher profitability firms and are more effective as senior partners.

What then gives rise to the dearth of women partners? Our review of the 2,353 partners who moved between the 100 most-profitable firms within the Am Law 200 in 2010 through 2012 provides some insight. These data show that women are more likely to move earlier in their partner careers and to go to lower-profitability firms when they do so. We know from the psychology literature that women exhibit higher risk aversion than men and that this difference is amplified under stress. This yields a hypothesis, consistent with the data, that younger women partners, under the twin stresses of establishing a thriving practice and, in many cases, playing the socio-normative greater role in child rearing, perceive the risks of failing to progress professionally at their current firms as higher than do their brethren. In consequence, they are choosing what they perceive as lower-risk career paths. The implication for firm leaders is that there’s enormous partner talent to be harnessed by getting past antiquated ideas that women partners can’t perform or don’t want to have high-powered careers and instead focusing on how to mitigate the perceived risk of not progressing professionally early in their partner careers. 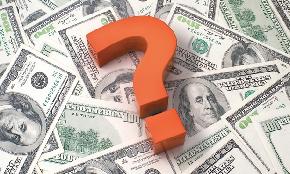