The Second Hundred chalked up a healthy increase in revenue per lawyer in 2011, but costs kept gains in profits small. 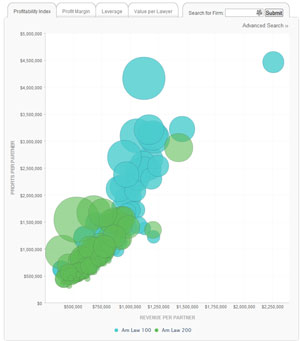