Crisis communication pros say the majority of law firms do not have the adequate resources to respond to "a multi-front war" of social media, paid media and protests.

The activist campaign launched against law firms representing President Donald Trump and the GOP have shown that a concerted, mostly digital, public relations offensive can have a material effect on law firms both internally and externally. Some communications professionals even see the campaign, given its resonance, as a template for activists going forward. 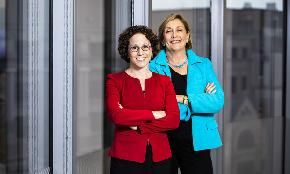 Meet the Lawyers Who Clean Up Clients' Worst Messes

Crisis management lawyers are ready to do the dirty work when clients need it most. For Juanita Brooks, a Career in the Courtroom Put the World Within Grasp Some firms are restoring pay after reducing salaries earlier in the year, while others make additional cuts.