Lowenstein Sandler M&A Partner Brooke Gillar and eight members of her immediate family, stranded in Guatemala since March 17, are booked on a "relief" flight to Miami on Monday.

Lowenstein Sandler mergers and acquisitions partner Brooke Gillar and eight family members have been stranded in Guatemala since the Central American country closed its borders March 17 to battle COVID-19, a move that ended flights.

After wondering for days when or how they could get back to the United States, Gillar reported via a text Saturday evening that they were able to book a “relief flight” to Miami on Eastern Airlines that leaves Monday—but at a “ price gouging” $1,000 a ticket.

In a telephone interview Saturday night, Gillar said she is hopeful, but still concerned that the flight might not take off. She said the first relief flight on Eastern Airlines was scheduled to leave Guatemala and fly to Miami on Saturday night.

That flight did take place—although several hours late—according to reports on a Facebook page titled “American Citizens Stranded in Guatemala 3.17.2020.” “We made it to Miami!” one individual reported on the Facebook page Sunday morning.

Gillar could not immediately be reached for comment Sunday.

Gillar, her husband and their three children, her parents and his parents flew to Guatemala on March 11 for a family destination wedding, but their flight home March 18 was canceled. The New Jersey lawyer said they received no advance warning from their airline about the cancellation, and the U.S. Embassy in Guatemala apparently could do little.

The attorney said they were getting most of their information from the Facebook page. On Sunday morning, one individual posted a link to a news release on the U.S. Embassy in Guatemala’s website that announced that the State Department has coordinated some charter flights that would leave beginning Monday.

U.S. citizens are stranded in other countries as well, including Morocco and Peru. During a press briefing Friday, Secretary of State Mike Pompeo said the State Department had formed a repatriation task force to get American citizens back home.

Gillar said Saturday she did not know if the U.S. government had any role in getting the Eastern Airlines flights scheduled.

The border closing took them by surprise. Gillar and her family learned of the pending action Monday, when a family member went to an airport to catch a flight home and learned about the shutdown. Gillar said they quickly packed and went to the airport, but were unable to find a seat on a flight to anywhere in the United States.

She said the airport was a “crazy” scene, and the “last place you want to be” with the coronavirus pandemic.

Gillar said she learned on the Facebook page that some of the approximately 600 U.S. citizens stranded in Guatemala have returned to the United States by crossing the border into Mexico—which has been the only way out of the country—and making their way home from there. But Gillar said she did not feel comfortable making that trip with young children and aged parents.

Beth Garcia, Gillar’s sister-in-law, who flew back to New Jersey on a March 14 red–eye flight with her immediate family, said the shutdown came as a complete surprise to all of them.

She said she and her husband, an attorney, have done what they could to reach out to elected officials for help. Gary Wingens, chairman and managing partner of Lowenstein Sandler, said the firm has also approached representatives to see if the State Department can do anything.

“People are really trying, keeping in close touch with her,” Wingens said, adding that it’s a difficult situation.

He said Gillar has been at the firm since 2004, and before that as a summer associate, and they are anxious for her safe return for personal and business reasons.

“That’s the other reason we need to get her back. We are busy,” Wingens said. 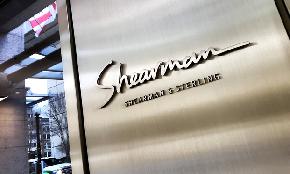 Shearman Sees Revenue Inch Up Amid Strategy to 'Reshape' Business

“You’re seeing a drop in hours but an increase in revenue and profitability, which is exactly what we’re trying to achieve,” said senior partner David Beveridge. 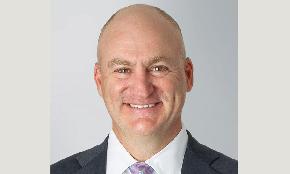 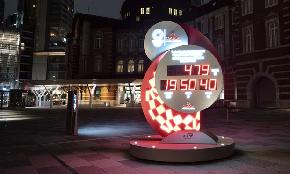 With Pros and Olympics Delayed, Sports Lawyers Plot Out the Long Game for Their Practices

While some sports-related work will slow, lawyers will be called in to broker cooperation in rescheduling major athletic competitions.