UPDATE, Thursday, June 13: A representative for Wilkinson Walsh + Eskovitz said in a statement Thursday that the firm had been incorrectly listed as an unsecured creditor of Insys Therapeutics in the company’s June 10 Chapter 11 petition, and that it is not a creditor or participant in the bankruptcy. The original filing, the representative said, “incorrectly lists Wilkinson Walsh + Eskovitz LLP as a creditor on an indemnification claim stemming from our representation of Dr. John Kapoor. As we informed Insys’s counsel, the correct creditor for the indemnification claim is Dr. Kapoor, since he timely and personally paid all portions of our fees that Insys has failed to indemnify to date.”

Efforts by ALM to reach Insys’s counsel at Weil, Gotshal & Manges on Thursday afternoon were unsuccessful, and the court docket had not been updated to reflect any changes to the unsecured creditor list that was filed on Monday. Our original report appears below. 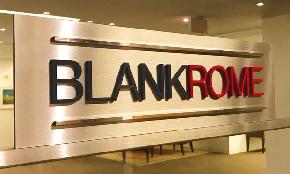 The lawsuit, filed in California state court Wednesday, claims that Blank Rome styled its 2016 merger with Dickstein Shapiro as an “asset sale” to avoid paying out capital contributions to departed partners. 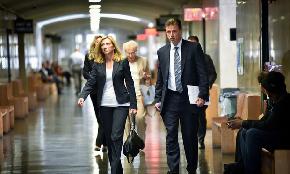