After closing its doors in January, former Am Law 200 firm Sedgwick is facing a suit alleging that the now-defunct firm didn't pay its bills on the way out of its Chicago office lease. 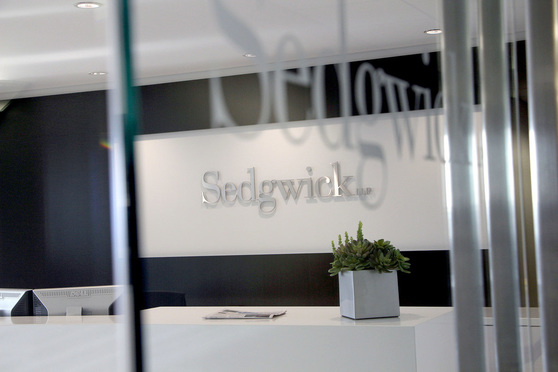 Sedgwick , the erstwhile Am Law 200 law firm that closed its doors in January after 85 years in operation, is facing a potential judgment for more than $450,000 in a dispute with the landlord of its former Chicago office.The San Francisco-founded firm failed after a drawn-out series of partner defections , and was sued in April by the owner of Chicago’s One North Wacker Drive , where Sedgwick had an office on the 42nd floor for nearly seven years.The 15-page complaint , filed in April in California state court in San Francisco, states that Sedgwick negotiated in December for the firm’s lease to terminate the following month at a cost of about $423,866. The owner of the 50-story building claims that payment wasn’t made, and on Monday filed a motion asking for a default judgment.The property owner, One North Wacker Drive LLC, is also seeking $31,982 for “failure to vacate” fees, as well as attorney fees.  Martin Greenbaum , a lawyer for the plaintiff, did not immediately return a request for comment on the matter. The docket for the litigation does not contain contact information for those representing Sedgwick.Litigation against defunct law firms is relatively common, but remains complicated by the fact that individual partners who owned those firms can be held liable for unpaid debts.The suit against Sedgwick appears to seek compensation from individual partners who withdrew capital in the months leading up to the firm’s dissolution. The litigation asserts that some ex-Sedgwick partners withdrew as much as $250,000 in capital from the firm in 2017.One thing Sedgwick partners can take comfort in is a March ruling by the Supreme Court of California involving now-defunct Heller Ehrman, which held that creditors largely did not have the right to claw back fees from matters that lawyers originated at a failed firm .“A dissolved law firm has no property interest in legal matters handled on an hourly basis, and therefore, no property interest in the profits generated by its former partners’ work on hourly fee matters pending at the time of the firm’s dissolution,” California’s top court ruled in Heller Ehrman LLP v. Davis Wright Tremaine LLP .Known primarily for its insurance defense and litigation practices, Sedgwick announced in November it would wind down its operations. The decision came after a series of offices, from  Austin, Texas , to  Washington, D.C. , and  Chicago  to  New York , lost significant partners or outright closed up shop.Sedgwick was reportedly in merger talks with U.K.-based Clyde & Co, although those discussions were never finalized. Instead, a group of about 80 lawyers and employees  left Sedgwick for Clyde & Co to start out 2018. Earlier this month, Kirk Jenkins, the former chair of Sedgwick’s appellate task force, opened a San Francisco office for Southern California-based litigation boutique Horvitz & Levy.Sedgwick was one of the first major law firms to be sued by a partner alleging gender discrimination. Traci Ribeiro, a former insurance litigation partner in Sedgwick’s Chicago office, sued the firm in July 2016 , almost a year to the day after she eventually left the firm . Ribeiro, now a partner  in the Chicago office of Foran Glennon Palandech Ponzi & Rudloff, settled her dispute with Sedgwick in early 2017.David Sanford, a name partner at Sanford Heisler Sharp, represented Ribeiro in that case and has gone on to represent women lawyers suing Chadbourne & Parke ; Morrison & Foerster ;  Ogletree, Deakins, Nash Smoak & Stewart ;  Proskauer Rose ; and, most recently, Jones Day .