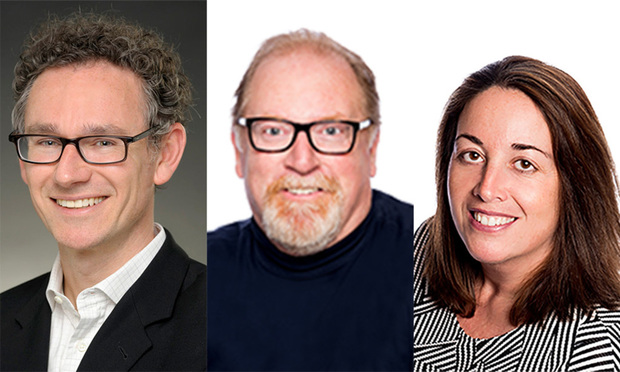 With Help From New Law, This Legal Department is Firing its Outside Counsel

Univar Inc. is working with Elevate and a new Elevate-affiliated law firm to find new ways of doing legal work that it claims will result in 50 percent savings for its $10.5 million legal budget. "Law Land is not special," said Univar's general counsel.

Pictured, from left, are Liam Brown of Elevate and Valorem’s Patrick Lamb and Nicole Nehama Auerbach.

Jeffrey Carr, general counsel of publicly traded chemical distributor Univar Inc., puts it bluntly. He currently pays about 100 law firms, and that is about 80 too many.

Carr told those firms about as much in an April 12 letter that included his vision for a brand-new relationship between Univar and its outside counsel. Central to that relationship, technically called a “covenant,” is this philosophy: Univar will pay its outside lawyers based on the value the company measures it has received, and that includes having the power to reduce compensation to its external legal services providers.

On Monday, Univar announced what could be considered the next step in its quest to reduce its legal spend by 50 percent—what Carr calls the “Univar Moonshot.” Univar is partnering in this effort with alternative legal services provider Elevate Services Inc. and a new law firm, ElevateNext, created by the founders of the Valorem Law Group, a firm that already asks its clients to pay by value.

Insofar as it signals to law firms that legal departments are sick of the status quo, Univar’s announcement is similar to outsourcing deals that Overland Park, Kansas-based alternative legal services provider UnitedLex Corp. has struck with General Electric Corp. and DXC Technology Co. to vastly reduce their legal spend.

Univar’s Carr said his company’s announcement was more akin to charting a course he will take to achieving vast savings on his legal budget. That course will include using technology and project management from Elevate, coupled with ElevateNext, and will include the goal of reducing litigation and automating legal services. Law firms will have to buy into that view if they want a slice of Univar’s $7 million annual spend on external legal services.

“We will find firms that wish to work with us this way. And we will not work with lawyers and law firms and law companies that don’t,” Carr said in a Tuesday interview from Las Vegas, where he announced the new program at the Corporate Legal Operations Consortium’s (CLOC) annual institute, an event looking at the future of legal operations and services.

Carr continued: “This is not about vendor management. It’s not about outsourcing. It’s not about insourcing. This is about a shared culture in the way you work. Frankly it’s about bringing regular, normal, real-world discipline to ‘Law Land.’ Law Land has thought of itself as being exempt from these things because it is special. Law Land is not special.”

The professionals behind the project have a lengthy history together. 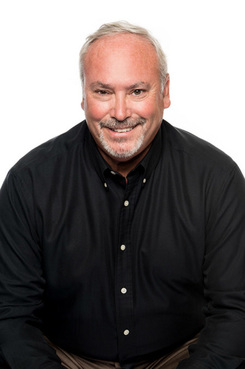 For one thing, Carr used to work with Valorem, a Chicago-based litigation boutique, and its founders Patrick Lamb and Nicole Nehama Auerbach. That duo has launched ElevateNext with Auerbach as the majority owner, qualifying the firm as women-owned.

Prior to joining a consulting arm of Valorem in 2015 called ValoremNext, Carr spent about 20 years at chemical distributor FMC Corp., where he served as general counsel for 13 years. It was there that Carr developed many of the methods that will be used in the Univar program.

One central idea is a billing program known as “ACES,” which includes a holdback of 20 percent of all fees followed by a payment of the holdback at between 0 and 200 percent based upon a report card that determines value. Value is defined as a combination of effectiveness, efficiency and client experience (known as “E3”).

“We focus on project budgets and we expect work to be done by the lowest cost resources capable of delivering value to us as the customer,” states a copy of Univar’s new billing guidelines. “This is the essence of E3.”

Carr had been working with Valorem since taking over the top legal role at Univar in May of last year. He had also been consulting with Elevate and its CEO Liam Brown on redesigning legal processes at the company, which is based in the Chicago suburb of Downers Grove, Illinois.

Brown said forming ElevateNext solves a problem his alternative services outfit often runs into: It cannot perform legal work. ElevateNext, as an affiliate, will be able to do that.

“It’s a responsible and sensible way for us to deliver these regulated legal activities because structurally Elevate simply can’t in the United States,” Brown said.

Auerbach said Valorem, which was founded in 2008, will continue to exist, mostly for noncorporate clients. She said she expects most of the firm’s corporate clients will eventually transition to work with ElevateNext, simply because it will have more services to offer. Auerbach, a former partner at Katten Muchin Rosenman, added that the decision to operate as a women-owned firm is consistent with ElevateNext’s belief in the diversity of professionals that are needed to solve today’s legal problems.

“We’re committed to diversity and inclusion, and we think that is one way to put our money where our mouth is in that regard,” Auerbach said.

Carr said he did not expect to reach the 50 percent savings benchmark by even next year, and he won’t have finished his convergence program for a number of weeks. The next step is a conference call Thursday with interested law firms. He said the point of the union between Univar, Elevate and ElevateNext is to commit to an effort focused on finding ways to reduce the time and costs associated with today’s legal services. In time, the group hopes to achieve the 50 percent savings “moonshot.”

“You cannot, under the current way of doing things, accomplish something like that,” said Lamb about the savings goal. “So the challenge that this creates is to look at every single thing being done and look at it freshly. And ask, ‘Does it need to be done? Does it need to be done better? Who should be doing it? Can it be systematized?’”

As for ElevateNext, the firm will look to sell its services to general counsel who are like-minded with Carr, its founders said. To that end, they will be looking for legal services purchasers who believe in the tenets required of law firms in Carr’s covenant, such as:

And law firms should know those tenets are nonnegotiable to a general counsel who said he has complete buy-in from the company that he represents.

“When a law firm sends me their engagement letter, I wad it up into a ball and throw it into a trash can,” Carr said. “Because I’m the customer. So I get to define this.”