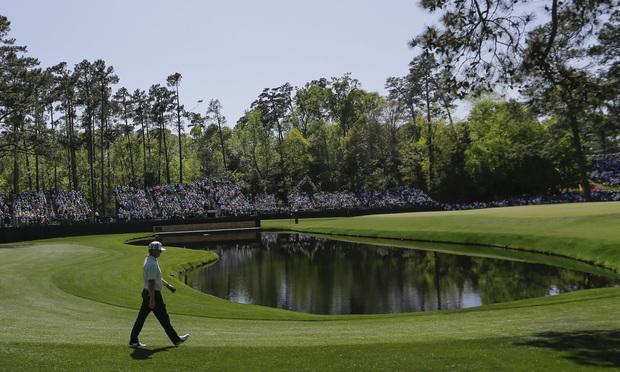 At the Masters, Foley & Lardner Partner Presented the Green Jacket

Foley & Lardner partner Fred Ridley is presiding over his first Masters tournament as chairman of Augusta National Golf Club. He chose law over a professional golf career but has hit both shots about as well as you can.

Charley Hoffman walks to the 15th green during the first round of the Masters on Thursday in Augusta, Georgia. (AP Photo/David J. Phillip)

The Masters is steeped in tradition all the way to the end. After the first major golf tournament of the year, the chairman of Georgia’s Augusta National Golf Club presides over a quiet ceremony in Butler Cabin as the previous year’s champion drapes a green jacket on the most recent winner.

This year, Foley & Lardner partners will be watching with added anticipation. That’s because one of their own, Fred Ridley, will be presiding over the event for the first time since he was named chairman of Augusta National in October.

Ridley has navigated to the top of Big Law as national chairman of Foley & Lardner’s real estate practice and a former member of the management committee at the firm, which this week finalized a merger with Gardere Wynne Sewell. But before he ever went to law school, Ridley could have been a professional golfer. 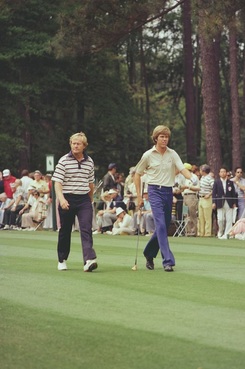 He won the 1975 U.S. Amateur championship, which granted him the right to compete in the Masters. Ridley played in the 1976 tournament, as is tradition, alongside the prior year’s champion: the legendary “Golden Bear,” Jack Nicklaus. His amateur victory also meant he was the kind of player with the talent to turn pro. He remains the last amateur champion not to do so.

In a phone interview Friday with The American Lawyer, shortly after Tiger Woods teed off for his second round, Ridley said he thought as a young man that he would earn a living on the links rather than law practice. He attended the University of Florida on a golf scholarship but he said he was a “run-of-the-mill” player on a team that won the collegiate championship in 1973.

“I realized how competitive at that level golf was,” Ridley said. “So I started thinking, ‘Is this really something I want to do for a living?’ And I sort of concluded I wasn’t sure I wanted to spend my 20s, for example, trying to determine if I really could play golf professionally and then waking up at 30 or 35 and thinking, ‘Gee this is not working.’”

Ridley read up on golf legend Bobby Jones, the co-founder of Augusta National, who never turned pro despite winning multiple amateur championships and major tournaments. Jones was also a lawyer, a profession Ridley’s father briefly pursued. Ridley’s father attended a semester of law school but dropped out to earn a living in public education after Ridley’s sister was born.

Ridley grew up in Florida playing public courses, according to a profile in The Augusta Chronicle. He said there was “a little bit of a push” on his father’s part to earn a law degree.

“I’d read a lot about Jones and thought it was intriguing what he’d done” in not turning pro, Ridley recalled. “And he lived in a time when professional golf almost didn’t exist. And it didn’t exist in my day the way it does today.”

The leading money winner on the PGA Tour in 1977 was Tom Watson, who earned a little more than $310,000. Ridley said that was a lot of money, but he wasn’t convinced golf was a sure bet to make a living.

“I think I was trying to be realistic about things,” he said.

Looking back, Ridley has played both a career in law and a life in golf about as well as one can.

Ridley joined Augusta National in 2000 and took over as chairman of the tournament’s competition committee in 2007. He took the reins as chairman from Billy Payne last year. In his first press conference as chairman Wednesday, Ridley’s commitment to the amateur game was apparent. He announced that Augusta National would host a women’s amateur championship in 2019, with the final round being played on the Saturday before the 2019 Masters.

“I would have never dreamed that things would develop the way they did,” Ridley said Friday. “One way I put it is I don’t think there’s any amount of money that I would have traded [to have] been the most successful golfer imaginable for what my life has been.”

Culture of Confidentiality: How to Ensure Your External Vendors are Mitigating Cybersecurity Risk