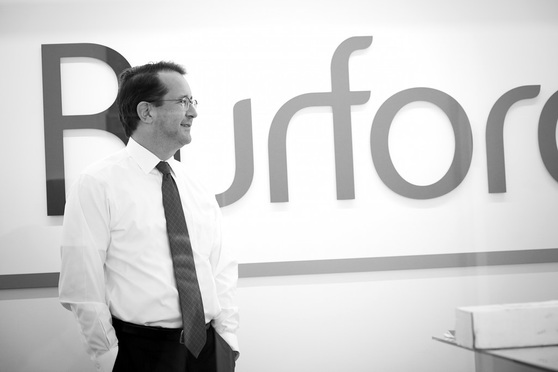 The amount the litigation funder put into new commitments is triple its investment figure from the year prior. Most of the money went into portfolio finance deals.

Litigation funder Burford Capital announced Wednesday it poured more than $1.3 billion into new investments in 2017, more than triple the amount it deployed the year prior.

The funds were deployed both from the publicly traded funder’s balance sheet, and from managed funds and other vehicles. Burford said it committed 54 percent of new investments from each of those two categories in portfolio litigation finance deals.

Only a small percentage—5 percent and 6 percent, respectively, from the two pools of capital—were committed to more traditional “single case finance.” The metric is reflective of what insiders said has been a trend in the industry toward funders investing in batches of a company’s or law firm’s litigation, rather than just one case.

“It’s certainly a trend that has exhibited itself over the last several years,” Burford CEO Christopher Bogart said in an interview. Even so, he noted, Burford still poured a total of $72.7 million into single case finance in 2017.

The numbers reflect a significant jump in the pace of capital deployment by Burford, in an industry now flush with cash. In 2016, Burford committed $378 million in new investments, up 83 percent compared to 2015, according to a press release from March 2017.

At the end of 2016, Burford acquired Gerchen Keller Capital, its biggest rival in the space. At the time, Burford reported that Gerchen Keller had $1.3 billion in assets under management. That acquisition—and the funds that came with it—helped fuel Burford’s expanded investment activity in 2017, Bogart said Wednesday.

“By increasing the pools of capital from which we draw, [the acquisition] obviously lets us do more business. Burford would not have been able just off its own balance sheet to go out and write $1.3 billion [in new deals],” he said.

While litigation funding arrangements are typically non-recourse, in 2017, the second-largest category of new investment for Burford was recourse finance. Those are deals in which—if the underlying claim were to go bust—Burford would not lose all or any of its principal investment.

Eight percent of its balance sheet commitments and 2 percent of its fund and other vehicle commitments were directed into “legal risk management” products. These are deals in which Burford does not expect to deploy capital, such as providing an indemnity.

Back in mid–2017, Burford was already well on pace for a year of bumper deployment, with investments of just under a half-billion dollars. At the time, Burford managing director Travis Lenkner, who came from Gerchen Keller, said in an interview that a significant category of Burford’s investments was in advancing law firm receivables, and underscored that the funder was providing many other types of finance beyond backing individual plaintiff cases.

Bogart on Wednesday said the huge jump in deployment is also being driven by increased law firm adoption of funding. He pointed to recent survey numbers indicating that, over the past four years, use of litigation finance by law firms has grown significantly; just 7 percent of survey respondents reported using financing in 2013, compared with 36 percent in 2017.

Burford’s stock closed up 5.80 percent on Wednesday in London compared with the previous day, according to Bloomberg LP. Burford intends to release its full year results for 2017 on March 14, it said in its press release.